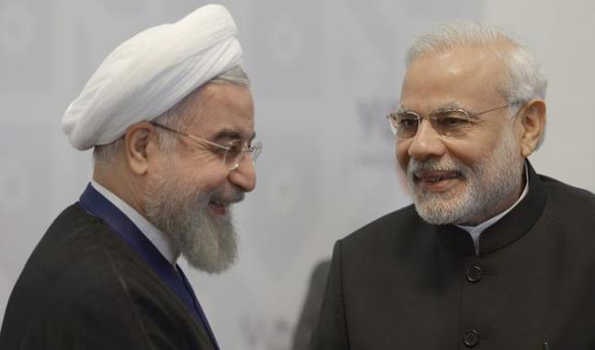 Stage is set for a crucial bilateral meeting between Prime Minister Narendra Modi and Iranian President Hassan Rouhani on the sidelines of the High Level segment of United Nations General Assembly session in New York on Thursday.

The meeting comes within days US President Donald Trump made a blistering attack against Iran at the UNGA and also in presence of Mr Modi on Tuesday. Notably, External Affairs Minister Dr S Jaishankar met his Iranian counterpart Javad Zarif on the sidelines of United Nations General Assembly (UNGA) during the week.

Talking to reporters to a specific question later, MEA spokesman Raveesh Kumar declined to share details of the parleys. “I do not have the details now, as and when I get details but let me tell you that there are certain aspects of bilateral meetings which we will not share publicly,” Mr Kumar has said.

“You see there are certain discussions taking place but I will not get into details of each and every point which has been discussed. Broadly I said bilateral relationships, in some cases we have been engaging with other countries to explain our position that was done as and when required,” Mr Kumar has said.

The meeting between Mr Modi and Iranian President also comes after Prime Minister met Mr Trump twice in last few days – first at the ‘Howdy, Modi’ rally on Sunday at Houston and then for a bilateral meeting in New York on Tuesday.

Mr Trump has slammed Iran calling it one of the “greatest security threats facing peace-loving nations”.The US has also blamed Iran for attacks on Saudi oil facilities this month.

President Hassan Rouhani on Wednesday ruled out negotiations with the United States. “The United States must lift economic pressures that made it difficult for his country to procure even basic medicines,” he has said.