Death toll in bombing attack in southern Philippines rose to 27 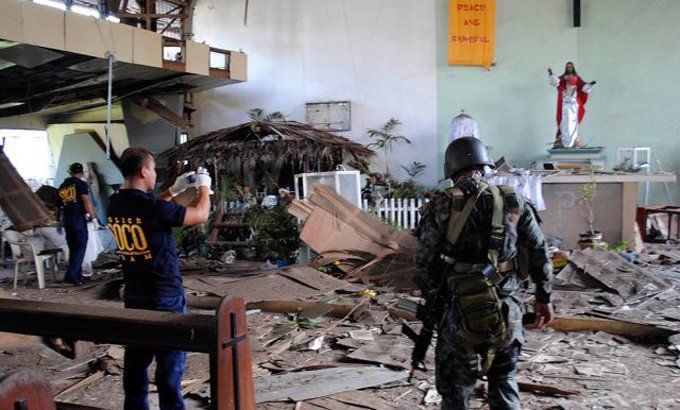 The death toll in the blasts that hit a cathedral in the southern Philippine province of Sulu on Sunday morning has climbed to 27 people, while the number of injured reached 77, local media reported, citing police.
Earlier in the day media reported that one improvised explosive device had been detonated inside the Cathedral of Our Lady of Mount Carmel, located in the province’s Jolo municipality, while another bomb exploded near the building’s entrance. Previous reports indicated that at least 19 people had fallen victims of the attack and another 48 were wounded.
According to the Rappler news portal, police have announced that 20 civilians are among those killed in the explosions, while soldiers account for the rest of the victims.
Mujiv Hataman, the governor the Autonomous Region in Muslim Mindanao, where the Sulu province is located, believes that the attack has been most likely committed by terrorists.(UNI)