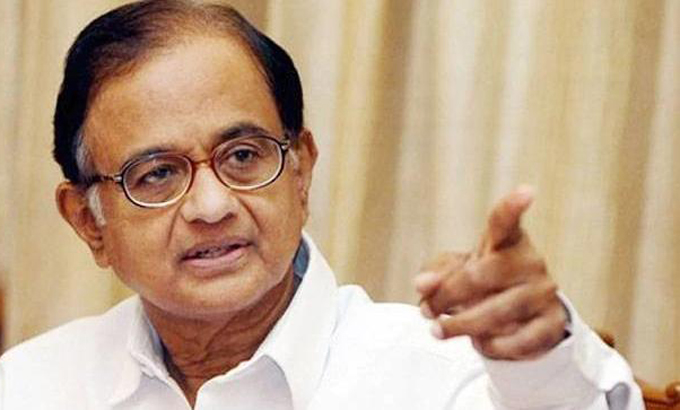 Senior Congress leader and former home minister P Chidambaram on Sunday took a jibe at Union Minister Arun Jaitley, rebuking CBI for naming top banking officials in FIR in the ICICI-Videocon loan case.
In a post on social media, Mr Chidambaram said, ”CBI has received the ultimate certificate from the one, who has the best ring-side seat, the Finance Minister (on leave): ‘Adventurism and megalomania have overtaken investigators’!.”
In a blog, Mr Jaitley cautioned the CBI against ‘investigative adventurism’ on Friday, a day after the agency named a string of top bankers in an FIR lodged against former ICICI Bank CEO and MD Chanda Kochhar, her husband Deepak Kochhar and Videocon Group MD Venugopal Dhoot.
”Sitting thousands of kilometres away, when I read the list of potential targets in the ICICI case, the thought that crossed my mind was again the same – Instead of focusing primarily on the target, is a journey to nowhere (or everywhere) being undertaken? If we include the entire who’s who of the banking industry – with or without evidence – what cause are we serving or actually hurting,” Mr Jaitley wrote in the blog on Friday. (UNI)