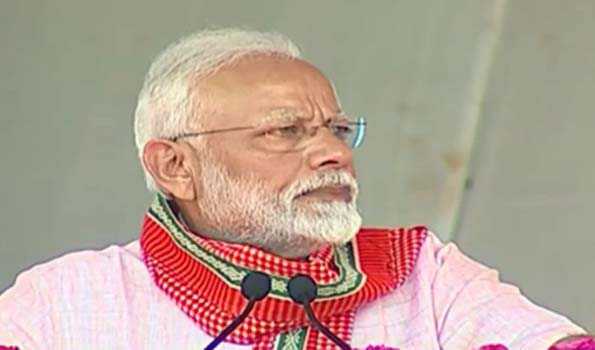 In a major boost to the health care initiatives, Prime Minister Narendra Modi on Sunday laid the foundation stone for Tamil Nadu’s first All India Institute of Medical Sciences (AIIMS) and said the Centre was committed to providing quality and affordable healthcare to the people of the country.

Mr Modi unveiled a plaque to mark the laying of foundation stone for AIIMS.

The Union Cabinet chaired by Mr Modi had approved setting up of AIIMS at Thoppur in Madurai on December 17 last year and it was announced in the 2015-16 Union Budget.

With an approved budget of Rs 1,264 crores, the construction, operation and maintenance cost of new AIIMS was being fully

borne by the Union Government.