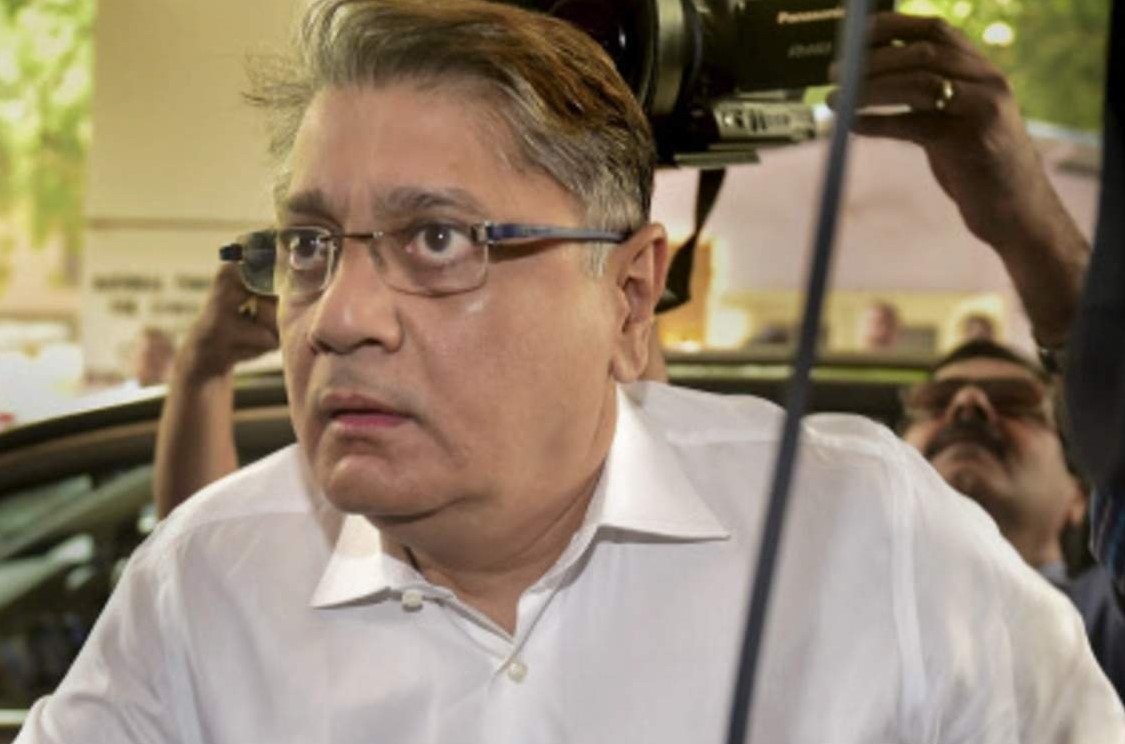 New Delhi: The Enforcement Directorate on Thursday told the Delhi High Court that it has no objection if former ICICI Bank CMD Chanda Kochhar’s husband Deepak Kochhar, who is currently suffering from Covid-19 and, is shifted to a private hospital of his choice.

Kochhar is currently in AIIMS Jhajjhar and had sought his transfer from here to a private hospital.

Central government standing Counsel Amit Mahajan appearing for the Enforcement Directorate apprised a single judge bench of the high court presided by Justice Anup J Bhambani that the agency has no objection in shifting Kochhar to private hospital of his choice provided that he would bear his expenses himself.

Kochhar, who tested positive for COVID-19 earlier this week, knocked the doors of the high court seeking court’s directions to ED for shifting him to Medanta Hospital- Gurugram, Max Hospital-New Delhi or Sir Gangaram Hospital-New Delhi or any other private hospital in a private ward as he is 59 years of age and is suffering from various medical ailments including enlarged prostate.

However, after the court noted that Kochhar is under judicial custody of the Special Judge, Mumbai and is not in police custody, he refused to entertain the said petition.

“We are holding constitutional post of judges we are not Jahangir,” said Justice Bhambani while refuting to entertain the matter on the grounds of jurisdictional issue.

Following these submissions, Kochhar’s counsel advocate Vijay Aggarwal withdrew the petition after court showed restraint in entertaining the petition, however, the court granted him the liberty to approach the Mumbai Court, which had the judicial custody of Kochhar.

Kochhar in his plea while citing his medical conditions said that there are strong chances that his health conditions will get worse in absence of proper care and attention.

“Petitioner (Deepak Kochhar) is kept in the lock up at Police Station Chanakyapuri, New Delhi with other inmates wherein no norms for social distancing were followed nor any other Covid-19 related care was taken due to which the Petitioner was made to suffer from danger of a life-threatening disease which might prove to be fatal for the Petitioner,” the plea said.

During the course of arguments, advocate Vijay Aggarwal contended that Deepak Kochhar tested Covid-19 positive while he was in the custody of ED. “When I was with my family nothing happened, When I was in their custody, I became Corona positive,” said Aggarwal while adding that since he too met Kochhar, he also had to get tested, however, he is fine.

Soon after he was tested positive of Covid-19, the ED had requested a Mumbai court to transfer Kochhar to judicial custody and the said application was allowed the court.

Kochhar, the husband of the high-profile former ICICI Bank CEO and MD Chanda Kochhar, is facing charges of money-laundering in the ICICI Bank-Videocon Group case.

The probe revealed that bank loans were refinanced and new loans aggregating to Rs 1,730 crore were sanctioned to Videocon and its group companies, and these loans later became non-performing assets (NPA) for ICICI Bank on June 30, 2017.