ED attaches Chimpanzees, Marmosets as Proceed of Crime under PMLA 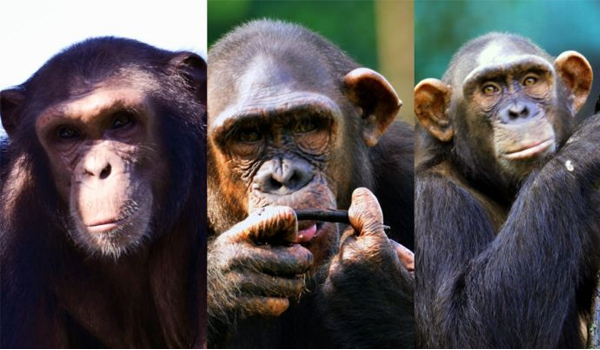 The federal financial probe agency, which is known to investigate financial frauds and scams, has for the first time, treated these wildlife animals as proceeds of crime under the Prevention of Money Laundering Act, (PMLA).
Each Chimpanzee is valued at Rs 25 lakh and the Marmosets are worth Rs 1.5 lakh each, thereby the attachment order has been issued for a total value of Rs 81 lakh, the agency said.
The probe was taken up under the PMLA, on the basis of information received from the West Bengal Wildlife Department, regarding seizure of the prohibited wildlife under the Indian Wildlife Protection Act, against wildlife smuggler Supradip Guha of Kolkata.
The West Bengal Wildlife Department has filed a complaint under Sections 9, 39, 44, 48 and 49s read with Section 51 of the Wildlife Protection Act against Supradip Guha in a local court, for illegal possession of prohibited Indian Wildlife.
Subsequently, a complaint was also filed by the Wildlife department against Guha with Police and an FIR was registered against him by the West Bengal Police for forgery and using forged documents as genuine one, as he was found using a forged permission letter to illegally transport the wild birds, purportedly issued by the West Bengal Principal Chief Conservator of Forests, Wild Life and Chief Wildlife Warden.
ED’s investigation under the PMLA revealed that Guha was running an organised wildlife smuggling racket and recorded contradictory statement before the Customs Authorities and the wildlife authorities, to evade action, both under the Customs, as well as ‘Wildlife laws.’
”He also obtained fake certificates, regarding birth of the three Chimpanzees in India. Based on the facts revealed during investigation, the above wildlife has been provisionally attached,” the ED officials said.
Guha was attempting to take back the Wildlife from the Zoo Authorities by claiming right over them by using false statements and documents as aforesaid, however, the preventive action by ED failed his attempt, the officials said further.
This attachment has enabled the Zoo authorities to keep the wild animals with them. The three Chimpanzees are a major point of attraction for all visitors in the Zoo and thus, a source of revenue for the Zoo. The action by the ED will deter the Wildlife dealers from indulging into the illegal trade, the agency said.
(UNI)