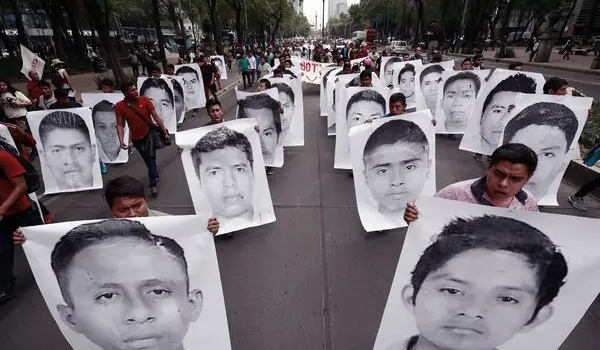 Former governor of Mexico’s Guerrero state, Angel Aguirre Rivero, has given additional testimony at the prosecutor general’s office as part of the investigation into the murder of 43 students in Guerrero in 2014.
“With my presence at the Prosecutor’s Office, I wish to reiterate my commitment to the parents and the authorities to know the truth and to do justice,” Rivero wrote on Twitter on Tuesday.
The former Guerrero state governor said the investigators questioned him for more than 4 hours on Tuesday. Rivero reportedly answered over 60 questions regarding his alleged ties to the former mayor of the city of Iguala, where the students were abducted.
Forty three students disappeared in Mexico’s Guerrero state in September, 2014. They were abducted after participating in a protest against discriminatory hiring and funding practices in the city of Iguala.
Initially, authorities blamed the alleged abduction on local drug cartels and criminal gangs, but additional evidence provided by independent experts revealed that local police were involved in the abduction.
According to Mexican authorities, the students could have been burnt at a trash dump near the city of Cocula located in Guerrero state.
Over a hundred people were arrested following the incident, including the former mayor of Iguala and numerous police officials.