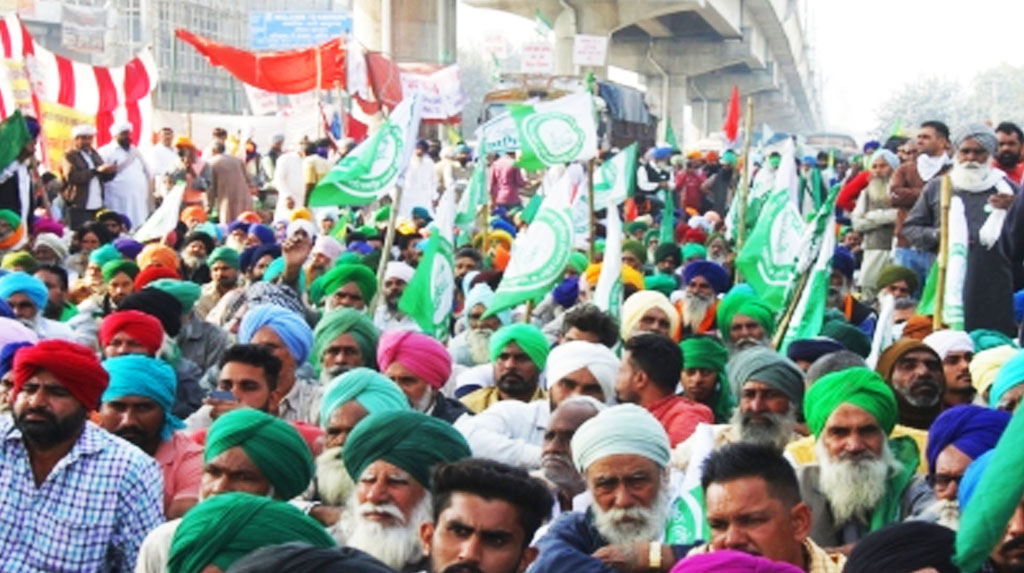 New Delhi:  Farmers marched down the roads of the national capital opposing the three agricultural laws seeking a guarantee and a legislation on the Minimum Support Price (MSP). However, the Union government says that such a demand is impractical.

The Central government announces MSP for 22 crops every year which is aimed towards providing farmers a fair and competitive price for their crop produce. The big question that arises is as to why it is impractical to guarantee such a price. Responding to this question, economic experts say that this would increase the burden on the government’s budget.

According to experts, the guarantee for MSP by farmers is impractical for the following five reasons:

If the government plans to procure all the 22 crops at the existing MSP declared by the Modi government, it would cost more than Rs 17 lakh crore and nearly 85 per cent of the overall Union budget of the country would be spent on the procurement of crops at the MSP from farmers, says agricultural economist Vijay Sardana.

He says that apart from this the subsidy given by the Central government on fertilisers is close to Rs 1 lakh crore while food subsidy is also at Rs 1 lakh crore. The revenue earned by Union government is Rs 16.5 lakh crore but if this demand of farmers is accepted, the overall burden incurred on the government would increase by Rs 17-19 lakh crore.

In such a condition, there would be no money left for expenses on other heads including education, health, electricity, water and national security of the country.

In case of making MSP mandatory, there would always be a possibility of increasing cheaper imports because in the international market, if the prices of agricultural production is lower than in India, then private traders in the country would import from abroad instead of buying crop produce from farmers.

If the government buys all the crops from farmers at the MSP, the budget presented by the Central government would have to increase taxes by almost three times. This would increase the tax burden on the taxpayers of the country.

Due to increase in taxes, investment will not grow in the country and new employment opportunities would not be created which will have a debilitating impact on the economy.

Increase in the MSP, hike in rates of taxes and tariff rates on goods would affect the overall exports in the country. Economic experts say that by enacting a law to guarantee the procurement of crops at MSP, the country’s economy would collapse.

Economist Vijay Sardana says that if MSP is made compulsory, various industries and businesses would shut down due to the increase in tax burden and India would again become dependent on the import of cheap goods coming from China to fulfil its needs and the economic state of the country would become worse than Pakistan.