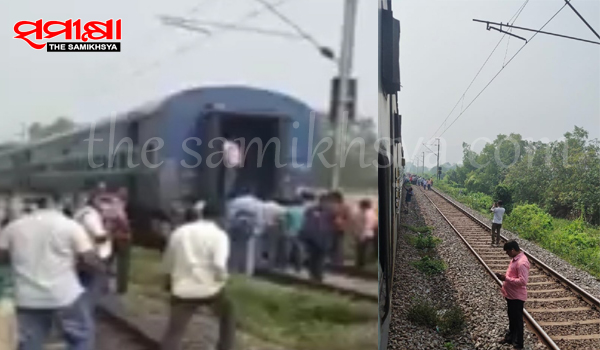 Passengers have a providential escape as some coaches of the 17015 Bhubaneswar-Secunderabad Vishakha Express were detached near Balugaon station today. East Coast Railway (ECoR) sources here said the train left Balugaon after the coaches were recoupled. All the passengers are safe and the mishap has not affected the passengers.

ECoR sources said the Visakha Express was on its way to Secundrabad from Bhubaneswar when few coaches eighth from the engine decoupled near Balugaon railway station at 1023hours. The problem appeared to be on account of a defect in a particular locking arrangement joining two coaches. The train is being escorted by coach repairing staff and the locking system will be checked again at Berhampur and Vishakhapatnam.

Railway sources said the train arrived Balugaon at 1021hrs. At 1023 hrs, the Loco Pilot informed that pressure is being dropped to pull the train. During checking it was found that the train was uncoupled between AC-2 tier and S-1 coach. (UNI)