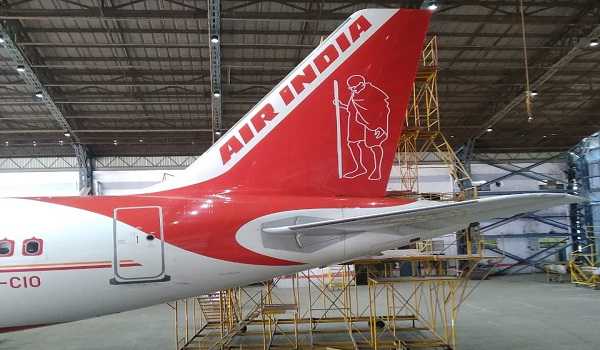 State-owned carrier Air India on Wednesday paid tributes to Father of the Nation Mahatma Gandhi in unique way and painted his portrait on the tail of A320 aircraft at the Indira Gandhi International Airport here.

The height of the portrait is 11 feet and 4.9 feet wide, carrier spokesperson Dhanajay Kumar said.
He said, ‘The whole work was done by the A320 maintenance team under the supervision of General Manager Mahendra Kumar and maintenance team in charge Sanjay Kumar.’

The airline has taken all necessary approvals for painting his portrait, he added.