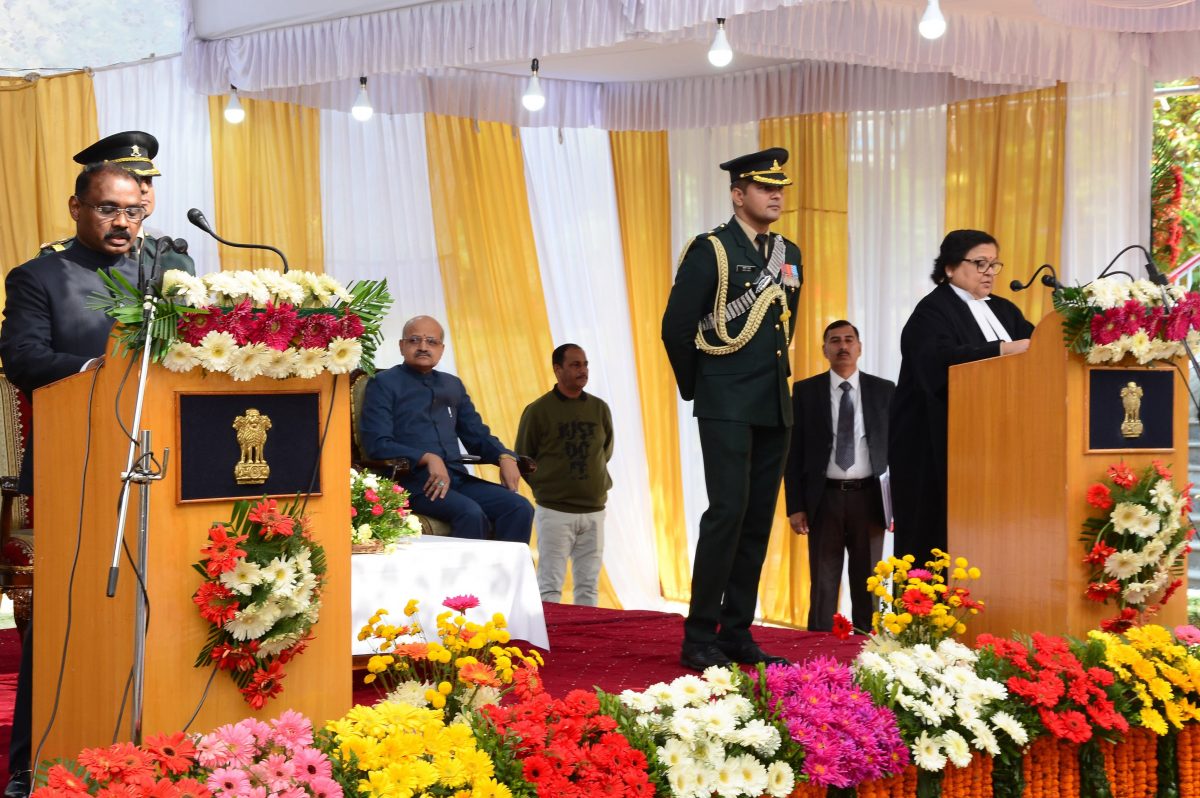 Srinagar, Oct 31 (UNI) Giresh Chandra Murmu on Thursday became the first Lt Governor of Jammu and Kashmir Union Territory, which came into existence after Centre scrapped Article 370 and bifurcated the state into two Union Territories. Mr Murmu, a 1985 batch IAS officer of Gujarat cadre, was administered oath of office of the Lt Governor by Chief Justice of the Jammu and Kashmir High Court Justice Gita Mittal at a simple function at Raj Bhavan here this afternoon.

The 59-year-old bureaucrat was principal secretary to Narendra Modi during his tenure as Chief Minister of Gujarat  Senior civil, Army and police officials were present at the function. However, the media was kept out. Earlier on Thursday morning R K Mathur took oath as Lt Governor of Ladakh at Leh.

With this the number of states in the country has dropped to 28 while UTs risen to nine. Leaders of different political parties, including three former Chief Ministers-Dr Farooq Abdullah, Omar Abdullah and Mehbooba Mufti-remained under detention.