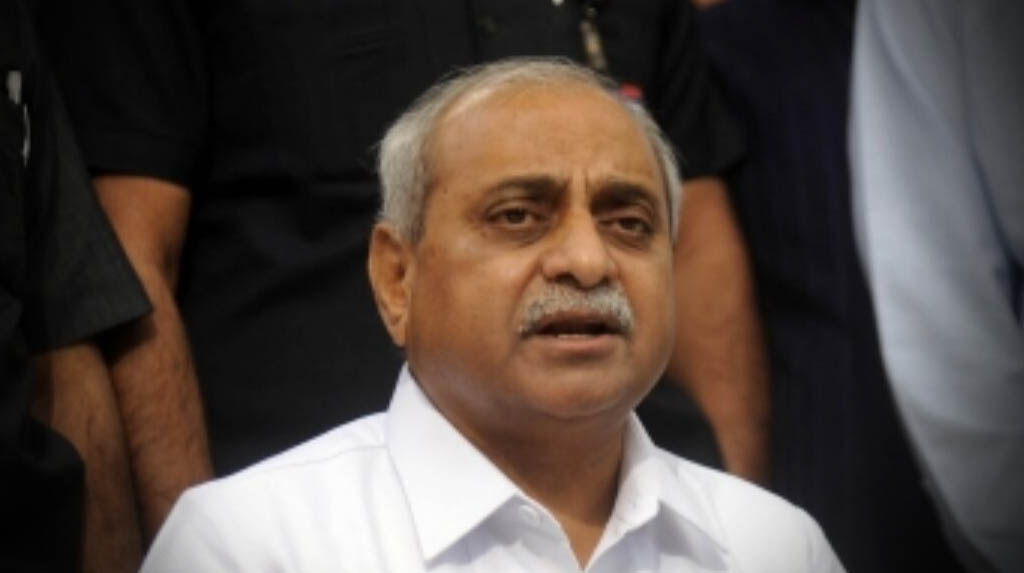 Gandhinagar:  The Vadodara police has nabbed the miscreant who hurled a chappal (slipper) at Gujarat Deputy Chief Minister Nitin Patel. He was identified as Rashmin Patel and the police believe he is associated with the Congress.

Informing the media, Vadodara Superintendent of Police (SP), Sudhir Desai said, “During the public rally held at Purali village in Karjan, while the Deputy Chief Minister was addressing the media somebody hurled a chappal at him and fled. We immediately started an investigation and Kalpesh Solanki, the Dy SP, was entrusted with the task. A police complaint was lodged according to the IPC clauses, under the People’s Representation Act and also the Gujarat Police Act. We started an analysis of the video footage of the event, photographs of the event and other sources.”

“Meanwhile, through inside information, the police found out about a person named Rashmin Patel of Shinor village in Karjan. Rashmin Patel is believed to be a Congress worker. We got the information that Rashmin was heard telling someone that the mission of chappal throwing at the Dy CM was successful. We arrested him (on Tuesday) and after confiscating his cellphone and analysing the storage data, we found an audio clip where he was telling one Amit Pandya that our plan of throwing a chappal at Nitin Patel has been successfully carried out and we should celebrate,” added Desai.

“We have added charges of conspiracy and rioting and creating public disturbance against Rashmin Patel and are continuing investigations to identify other persons associated with the crime. We will also be asking for the remand of Rashmin from the court,” informed Desai.