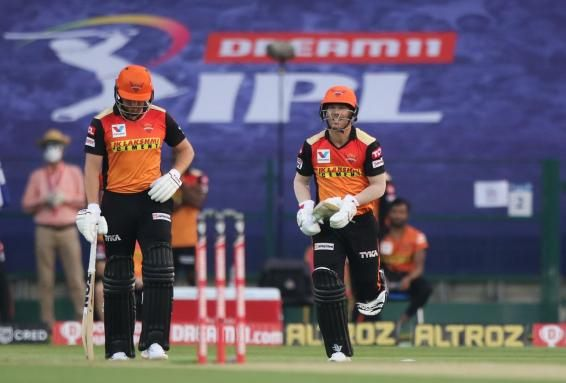 They are New Zealand’s Kane Williamson, who led the Kiwis to the 50-over World Cup final last year, Jason Holder of the West Indies, and present Afghanistan ODI and T20I captain Rashid Khan as well as his predecessor Mohammad Nabi.

Nabi, however, wasn’t in the XI that defeated DC on Tuesday. The off-spinner has got only one game out of 12 that SRH have played so far, and failed to take a wicket and scored an unbeaten 11.

The Mahendra Singh Dhoni-led Chennai Super Kings have two other former captains, from South Africa and Australia, in the squad. They are South Africa’s Faf du Plessis, a former national captain across formats as well as former Australia captain Shane Watson.

The team has won the IPL title three times, and it is the first time that they have failed to make it to the playoffs.

However, no dispute of any kind between these stalwarts has come to the fore so far. On the contrary, the bonhomie between Kohli and de Villiers is an example of two greats playing alongside and motivating each other to perform their best.

In the Delhi Capitals camp, Ajinkya Rahane, who has captained India in two Tests, is playing under his Mumbai teammate Shreyas Iyer, who has represented India in 18 ODIs and 21 T20 Internationals.

Chris Gayle, who captained West Indies in all three formats, is playing under KL Rahul for Kings XI Punjab.

The Hyderabad-based SRH have impressed all under the astute leadership of Warner since its IPL debut in 2013. It reached the playoffs that year and went on to win the title in 2016, defeating Royal Challengers Bangalore by eight runs in the final.

The team has qualified for the play-off stage of the tournament in every season since 2016. In 2018, the team reached the finals, but lost to CSK.

SRH are considered to be one of the best bowling sides, often admired for its ability to defend low totals. However, one of the unique features of the franchise is that there is no ego among the players despite having world class leaders within the set-up.

Williamson led the team in 2018 when Warner was serving a one-year ban for his role in the ball-tampering saga in Cape Town Test against South Africa. In 2019, Warner made a return to the side, but he was not appointed the captain.

However, this season, Warner was once again handed the role of the skipper and he has led from the front. He sits at the third spot in the list of leading run-scorers in the tournament, as of now.

Despite having three national captains, SRH have gelled well and performed with all three Warner, Williamson, and Holder being part of the leadership group.

It is, however, not the first occasion when several former national captains have played under other players in the IPL. This is one of the unique aspects of this lucrative T20 league.