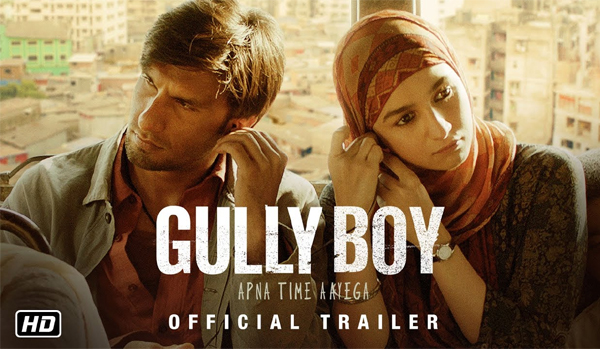 New Delhi, Sep 21 (UNI) The Alia Bhatt and Ranveer Singh-starrer ‘Gully Boy’ was on Saturday selected as India’s official entry to the Oscars  in the Best foreign film category, sources in the film trade said. Gully Boy was selected from several contenders, which included  ‘Andhadhun’ and ‘Badhai Ho’. The film’s co-producer Farhan Akhtar took to his social media handle to share the news. Along with a black and white poster, he wrote the caption: ”#GullyBoy has been selected as India’s official entry to the 92nd Oscar Awards. #apnatimeaayega Thank you to the film federation and congratulations #Zoya @kagtireema @ritesh_sid @RanveerOfficial @aliaa08 @SiddhantChturvD @kalkikanmani & cast, crew and hip hop crew.”

Directed by Zoya Akhtar and produced by Ritesh Sidhwani, Zoya and Farhan Akhtar, Gully Boy follows the life of a final year college student named Murad Ahmed, played by Ranveer, who lives in Dharavi slums of Mumbai. He is fascinated by rap and eventually starts to write about his views on social issues, inequalities and life in Dharavi. His life takes a turn, when he meets local rapper Shrikant aka MC Sher, played by Siddhant Chaturvedi.

Gully Boy was among the highly popular, as well as critically acclaimed films of the year. It also earned for Ranveer, a lot of praise from film critics. The flick features Alia Bhatt in the female lead. It also features  Kalki Koechlin and Vijay Raaz in supporting roles. Gully Boy is the fourth highest-grossing Bollywood film of 2019 and the year’s highest-grossing Bollywood film overseas.