Haryana Cong to huddle ahead of Dec 14 rally 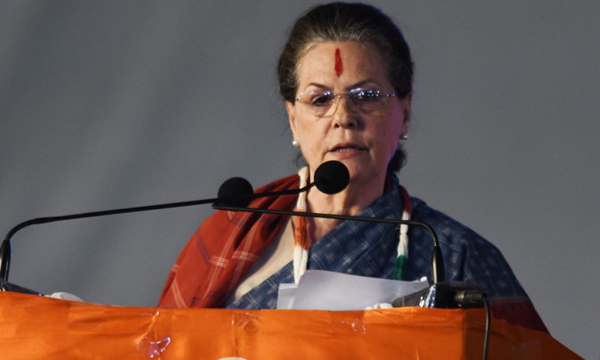 New Delhi, Dec 2 The Congress on Monday will hold a key meeting of its Haryana unit to prepare for the proposed rally on December 14 at the Ramlila Maidan here that will highlight the issue of economic slowdown, unemployment, farmers distress and soaring prices, besides putting up a show of strength by the Opposition.

The meeting has been called by state in-charge Ghulam Nabi Azad. All the 30 MLAs and candidates, who have contested in the last Parliamentary and Assembly elections, will be attending it.

The meeting is scheduled at party war room — 15, Gurudwara Rakab Ganj Marg in the capital here.

The rally will be addressed by Sonia Gandhi, Rahul Gandhi and leaders of other opposition parties. A show of unity by the opposition is also one of the main aims. With the Shiv Sena by its side the opposition feels stronger than before.

Earlier at Congress parliamentary party meet held on Thursday, Interim chief Sonia Gandhi had lashed out at the government’s inefficiency in tackling the economic problems and soaring prices.

She said: “The economic crisis is deepening by the day. Growth is declining, unemployment is growing, and investment is not happening. There is worsening distress among farmers, traders and small and medium businesses. Consumption, especially in rural areas, is falling. Exports are declining. And prices of essential food commodities are rising, causing hardship to households.” She alleged that the Centre is fudging data.

“Instead of tackling the problem, the Modi-Shah government is busy fudging statistics or, indeed, not publishing them at all! The public sector has been put on the block, in all probability, to be sold off to a few favoured business people.”