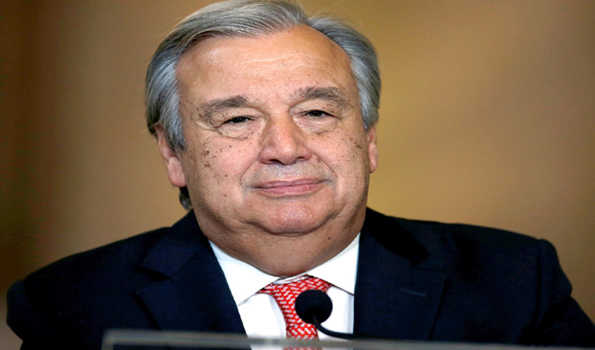 Hate speech, both online and offline, has “exacerbated societal and racial tensions, inciting attacks with deadly consequences around the world”, according to an open letter released by nearly two dozen independent United Nations experts.

“We are alarmed by the recent increase in hateful messages and incitement to discrimination and hatred against migrants, minority groups and various ethnic groups, as well as the defenders of their rights, in numerous countries”, the letter on Monday read.

The experts maintain that hate speech “has become mainstream in political systems worldwide and threatens democratic values, social stability and peace”, saying that it coarsens public discourse and weakens “the social fabric” of countries.

“We are gravely concerned that leaders, senior government officials, politicians and other prominent figures spread fear among the public against migrants or those seen as ‘the others’, for their own political gain”, the 23 stressed, pointing to the demonisation of entire groups of people as “dangerous or inferior” and having led to “catastrophic tragedies in the past”.

Observing that public figures globally are attempting “to stoke ethnic tensions and violence by spreading hate speech targeting the vulnerable” the experts maintained that “such rhetoric aims to dehumanize minority groups and other targeted people, and, in the case of migrants, fosters discriminatory discourse about who ‘deserves’ to be part of a community”.

A call to stop hatred

Furthermore, limiting the human rights of lesbian, gay, bisexual, and transgender (LGBT) people limit progress towards the eradication of violence and discrimination against them. Underscoring the need to stop it, they flagged a correlation between exposure to hate speech and the number of hate crimes committed.

To curb xenophobic attacks on migrants and prevent incitement against all marginalized groups, the UN experts called on public officials, politicians and media “to assume their collective responsibility to promote societies that are tolerant and inclusive” and to redouble their efforts in holding the culpable accountable.
“We believe that these efforts will help make countries safer and foster the inclusive and peaceful societies that we would all like and deserve to live in”, they concluded.