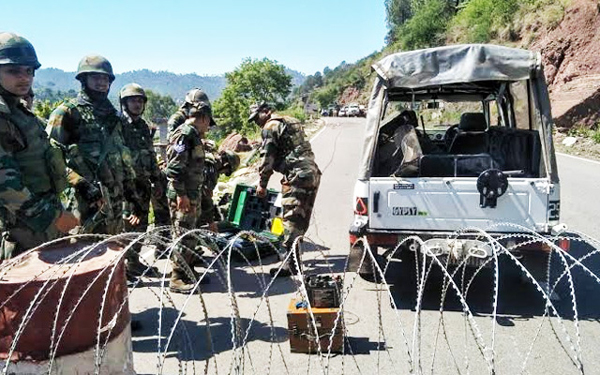 Srinagar, Nov 21  Traffic on the Jammu-Srinagar national highway was halted on Thursday for a few hours after an improvised explosive device (IED) was detected in Kashmir’s Anantnag district.

The security forces found the IED during the morning patrolling in the Wanpoh area of Anantnag, which was later diffused by the bomb disposal squad, thus averting a major tragedy.

The IED was suspected to have been planted by the militants to trigger an explosion, sources said. The national highway was open for one-way traffic with vehicles going from Srinagar to Jammu on Thursday. Security in the valley has been tightened amid reports of militants trying to regroup.