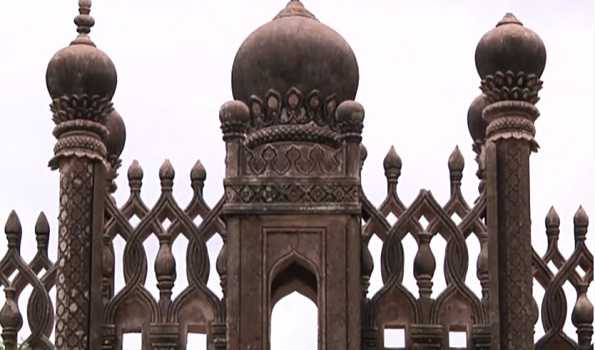 This 360-degree VR animation film trailer has been done on Begum Hayat Bakshi, considered to be one of the most influential women rulers of Medieval Deccan. She has contributed to three generations of the Qutb Shahi dynasty.

The story of Hayat Bakshi Begum is of women empowerment. A trailer titled, ‘Ma Saheba – The queen of Hyderabad’, explores 360-degree VR animation as the latest technology of film.

Virtual Reality (VR) is one of the latest technologies in film making. An advantage of VR is its 360-degree immersive experience. Using the premier technology in immersion, IIT Hyderabad has developed a virtual exploratory landscape which lets the user experience the historical monuments of Qutb Shahi like never before. The use of virtual reality-based technology to preserve and explore history is a method that provides results with almost lifelike experiences.

The VR Demonstrations will be available for the public on October 11 and 12 at the Hyderabad International Convention Centre, as part of the Hyderabad Design Week celebrations.

Speaking about this initiative, Prof. Deepak John Mathew, Head, Department of Design, IIT Hyderabad, said, “This project is initiated with the support of Design Innovation Centre at IIT Hyderabad. The objective is to create a Visual Model of the monuments in India. This is the first attempt in this series. This will be exhibited at the airport as well as HICC during the WDO Conference. This is a fusion of art and technology. I am sure that this will be helpful for researchers as well as tourists.”

The technology enables the viewer to visit the majestic tombs of the Qutb Shahi from the comfort of their own location, interacting with the landscape as if almost they were physically present there. The installation aims at raising awareness about the intricate history of Hyderabad, while it also helps in encouraging virtual tourism.

The Department of Design undertook a high-resolution scan of the tomb complex. Using the VR headset at the airport, one would be able to experience the architectural magnificence of the tombs, which include that of the founder of Hyderabad, Mohammed Quli Qutb Shah, a IIT Hyderabad statement here said on Wednesday. (UNI)