India has rarely seen GDP growth below 5% since ’91: Garg 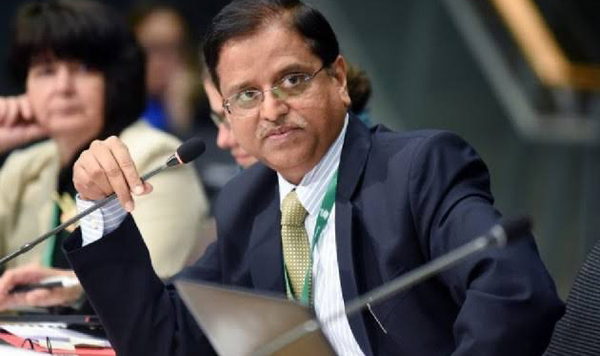 New Delhi, Nov 30 Expressing concern over the alarming fall in GDP growth rate, former Finance Secretary Subhash Chandra Garg in a blog post said India has rarely witnessed a sub-5 per cent quarterly growth ever since economic reforms were initiated in 1991. Garg said a growth figure of less than 5 per cent for an emerging market economy like India is “more like recession than a slowdown”.

Finance Minister Nirmala Sitharaman had earlier said that, even though the Gross Domestic Product growth might have slowed, the country had not entered a recessionary phase.

“Technically, India is not in recession as defined in the context of advanced economies which grow at only 0-3 per cent normally. For the emerging market economy of India, which has grown in excess of 7.5 per cent per annum for 20 years, a full year growth of less than 5 per cent is more like recession than a slowdown,” said Garg.

Garg joined a number of experts in saying that the GDP growth rate has not bottomed out yet. “Leading indicators of October, including the core industries numbers released on Friday, suggest that growth slowdown is likely to continue in the third Quarter as well,” Garg added.

“There appears to be a widespread stalling of investments in housing, especially the residential segment, roads and telecommunications where investment growth is simply collapsing,” he added.

There is also tapering off and slowing down of investment in power and the railways, Garg added. “I don’t see turn-around of investment cycle in residential real estate space unless there is a shake-up in the existing firms which have become over-leveraged and insolvent as their cost of projects far exceeds their expected revenues from sale of properties.”

Garg suggested that the fundamental business model of residential housing would need to be changed to be modelled on the lines of commercial real estate. In the power sector (October growth at negative 13 per cent), financial viability at the distribution and supply end will have to be structured, “otherwise this is likely to drag generation and transmission into sickness very soon”, he said.