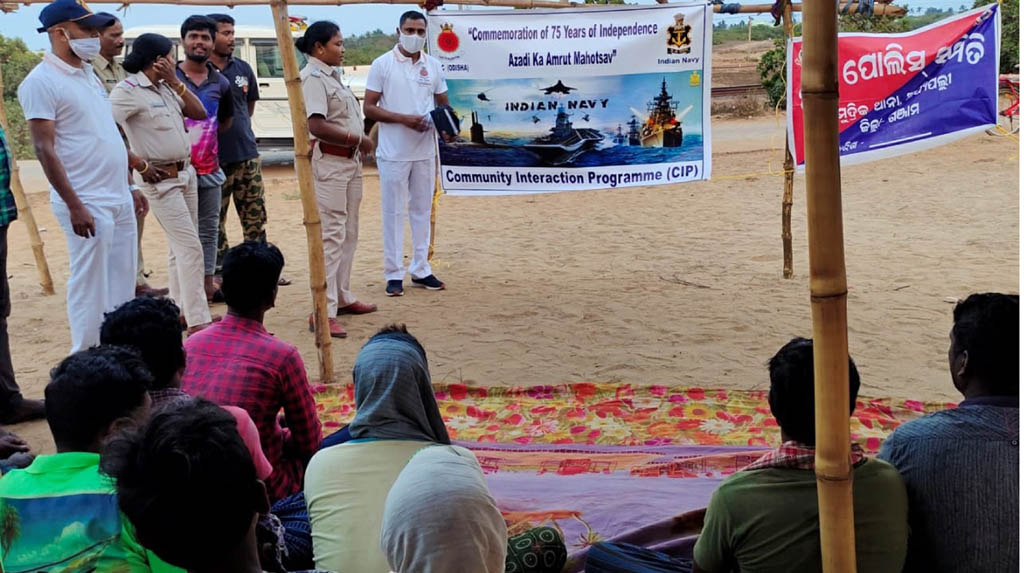 Bhubaneswar: As a part of a curtain-raiser campaign to commemorate the 75th anniversary of India’s Independence, a special Community Interaction Programme under the theme of ‘Azadi Ka Amrut Mahotsav’ was conducted for the fishermen community of 6 villages of Odisha Coast by Naval Officer-in-Charge (Odisha) along with the representatives from Marine Police, Local Fishing community and Fisheries Department on 12 Mar 21. The teams interacted with the fishermen community in the coastal Villages of Odisha namely Nuagarh, Jhadling, Sahan, Sana, Bada and Purunabandha.

An interactive session was organised for the fishermen highlighting the significance of 12 Mar, as it was on this day in 1930 that Mahatma Gandhi started Dandi March as part of the civil disobedience movement against the British salt monopoly. The fishermen were also appreciated for their contribution as the ‘Eyes and Ears’ of the Coastal Security construct along the coast of Odisha. The locals also took the opportunity to appreciate the initiatives taken by the Indian Navy to disseminate the various useful information concerning safety and security at sea to the fishermen community and displayed their gratitude towards the Indian Navy.