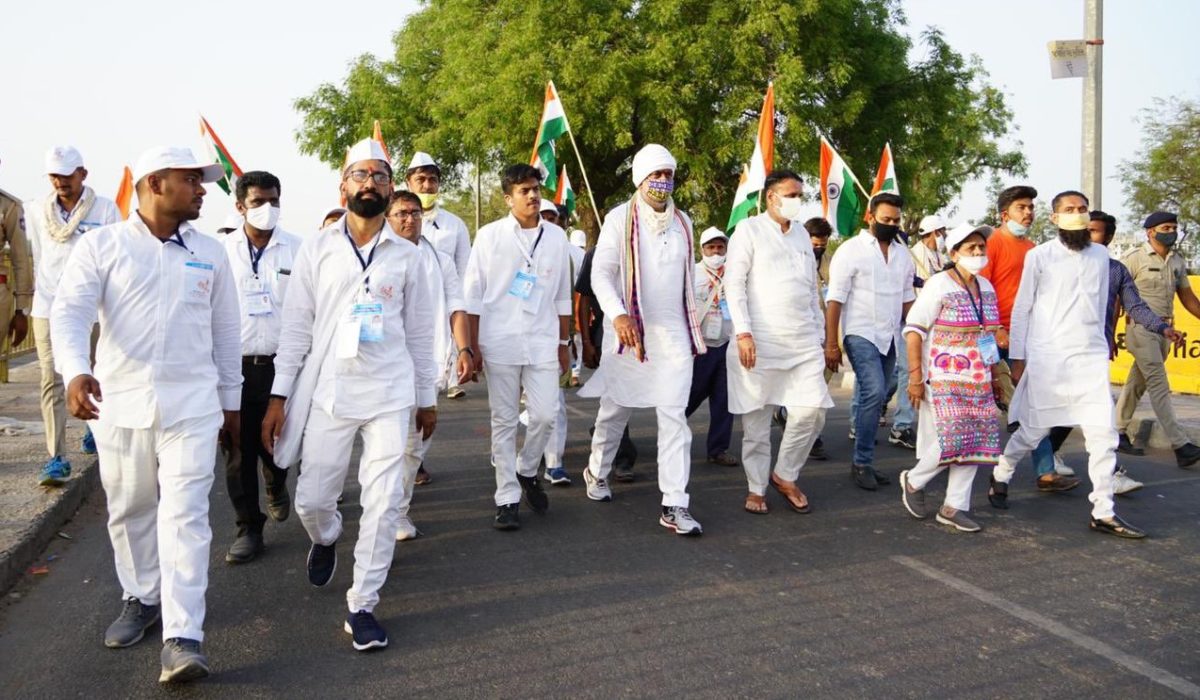 Azadi Ka Amrit Mahotsav (India @ 75) is a series of events to be organised by the Government of India to commemorate the 75th Anniversary of India’s Independence. The Mahotsav will be celebrated as a Jan-Utsav in the spirit of Jan-Bhagidari. Prime Minister Shri Narendra Modi flagged off the ‘Padyatra’ (Freedom March) from Sabarmati Ashram, Ahmedabad and inaugurated the curtain raiser activities of the ‘Azadi Ka Amrit Mahotsav’ (India@75).

Indiatourism, Delhi, Regional Office of the Ministry of Tourism and its field offices based in Agra, Jaipur and Varanasi conducted a Heritage Walkat various places of importance which was attended by the Travel Trade & hospitality members, students etc. Indiatourism Jaipur Office organised a Nukkad Natak (Play) based on Gandhian Principles and practices.