IPL: RCB moves to 2nd spot; KL, Rabada hold on to their Caps 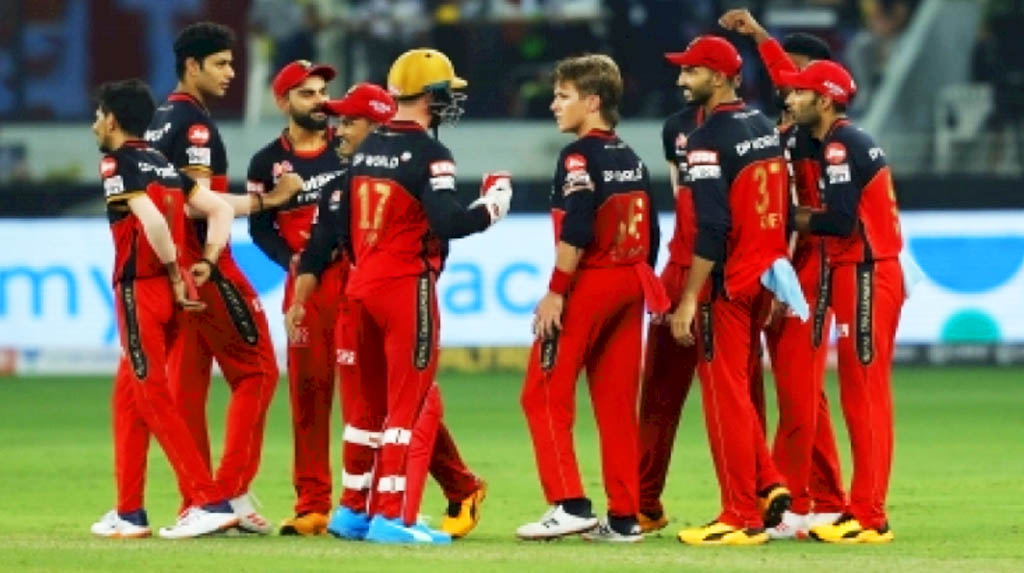 Abu Dhabi: Royal Challengers Bangalore have moved to the second spot in the points table following their one-sided victory against Kolkata Knight Riders in the 39th match of the ongoing Indian Premier League (IPL).

On Wednesday evening, RCB first restricted KKR to mere 84/8 in their allotted 20 overs and then chased down the target with ease, losing just two wickets and more than six overs to spare.

The Virat Kohli-led side now have 14 points from 10 games, same as that of table toppers Delhi Capitals, but because of the lower net run-rate, RCB are placed second. With 12 points from nine games, Mumbai Indians currently occupy the third spot.

Meanwhile, Kings XI Punjab skipper KL Rahul and Kagiso Rabada of Delhi Capitals have held on to their respective Orange and Purple Caps.

Rahul is leading the batting charts with 540 runs from 10 games. He is followed by Shikhar Dhawan, who after scoring back to back hundreds, has amassed 465 runs in 10 innings. Mayank Agarwal, who has collected 398 runs in 10 innings, is third in the list.

In the bowling list, Rabada continues to remain at the top spot, having scalped 21 wickets in 10 matches so far. He is followed by Mohammad Shami who has 16 wickets to his name in same number of matches. Jasprit Bumrah of Mumbai Indians completes the podium with 15 wickets in nine matches.

These running caps are presented to the leading run scorer and wicket-taker and keep changing hands throughout the duration of the tournament.