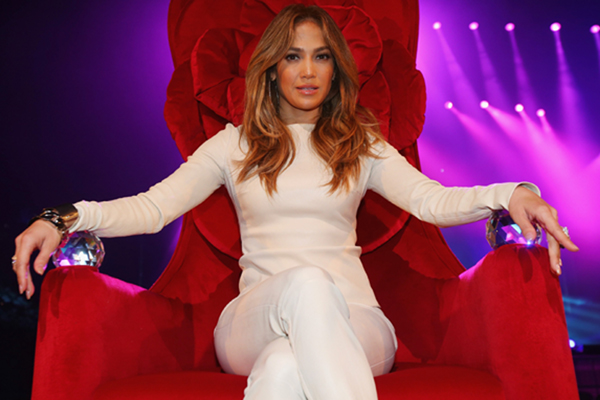 Lopez said she and her fiance Alex Rodriguez, had celebrated their engagement in March 2019 by watching Ginsburg’s RBG documentary, reports aceshowbiz.com.

Ginsburg’s documentary chronicled her groundbreaking career and her marriage to Martin D. Ginsburg, her husband for over five decades until his death from cancer in 2010.

They were so moved by the documentary, the “Hustlers” star decided to contact the Supreme Court Justice, 86, and offer her VIP seats to the Washington, D.C. stop on her “It’s My Party” tour.

“On the day that me and Alex got engaged, we watched her documentary that night, and it was really about her marriage, a lot of it. Yes, it was about her accomplishments and everything she’s done on the bench, but it was also about this amazing marriage that she had of support, mutual support and understanding,” Lopez told Variety.

She added: “And me and Alex, we were just so taken with it, we reached out to her because I was about to go on tour.”

Ginsburg turned down the concert invitation, and instead asked the couple to pay a visit to her office while they were in town.

“She invited us to her chambers to see her. She was like, ‘The concert’s a little bit late for me, but I would love to meet you, I’d love to sit with you.’ And we sat there in her chambers, and we talked about a lot of things, it was a great meeting.”

“She’s an amazing lady, definitely somebody to look up to.”

Ginsburg previously opened up about the unlikely get-together in August, saying Lopez had asked for marriage advice as she prepared to walk down the aisle for the fourth time.