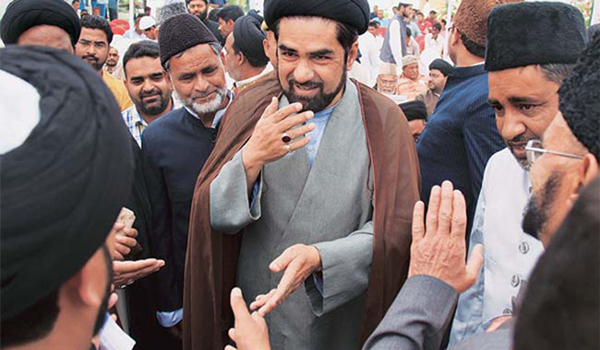 Lucknow, Jan 5: Prominent Shia cleric Maulana Kalbe Jawad has hit out at the opposition parties for using the anti-citizenship protests for their own benefits. He said there was confusion and fear among Muslims about the new law and it was the duty of the government to clear the doubts.

The Shia cleric said: “All opposition parties are taking advantage of the CAA protests. They are provoking Muslims that they will be expelled from the country. Such a situation has been created that the Muslims cannot understand what to do.”

Jawad said that political parties are taking advantage of the situation. “These people come and meet the protesters and there is violence. The government should clear the confusion of the Muslim community about this law.”

He said that the All India Muslim Personal Law Board has nothing to do with the protests against the CAA, they are silent on the issue.

Asked about AIMIM president Asaduddin Owaisi’s comment that Muslims think they will be expelled, Jawad said Owaisi is a political figure and wants Muslims to support him and he acts accordingly.

Shia cleric said that Samajwadi Party president Akhilesh Yadav’s statement that he will not fill the NPR has sent a wrong message to the Muslim community.

He said: “All these statements are causing problems. The government should convince Muslims about all these things.”

Jawad said the way government put its act together to maintain peace after the Ayodhya verdict, in the same way it should have acted in the wake of the new citizenship law. More Muslims are participating in the protests, as they feel more threatened than other communities, he added.

On the uproar over the Pakistani poet Faiz Ahmed Faiz’s ‘Hum dekhkenge’ poem, the Shia cleric said that the ruckus is unwarranted. “People have not understood his poetry. He wanted a communist rule in Pakistan. Those who are protesting should know about Faiz,” he said.

Jawad also raised questions about the police action on the CAA protesters in Muzaffarnagar. He alleged that children were beaten up in madrasas by the police.

He said he has written to the Uttar Pradesh Chief Minister that this entire matter should be investigated.