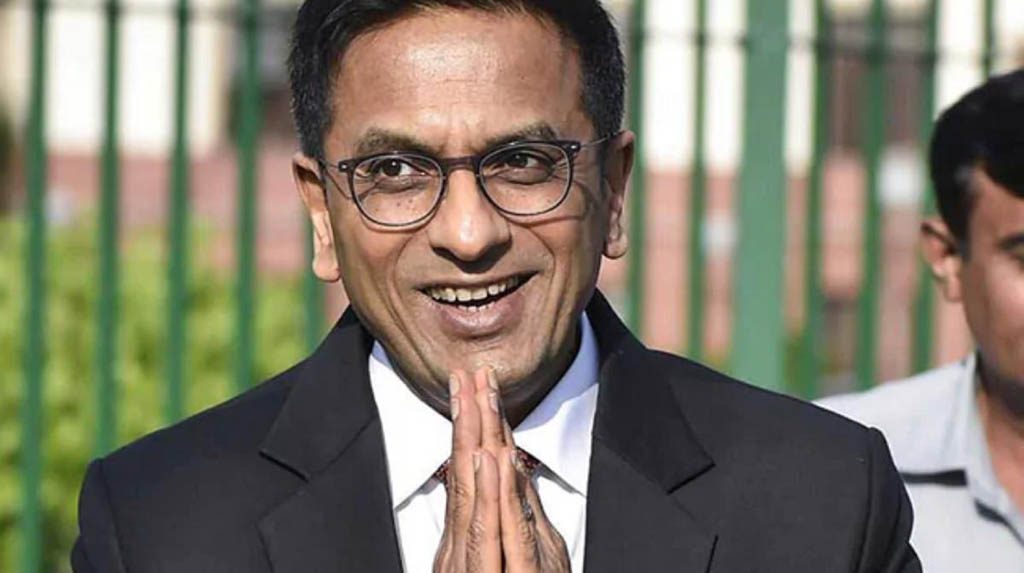 During his welcome address at the International Judicial Conference, organised by the apex court, he said: “Presence of President of India in our midst today is of special significance. Before assuming the highest constitutional office the President was a senior member of the Supreme Court Bar until the call of the nation carved out a course for the future. Role of a judge requires legal and constitutional statesmanship. The President’s vast experience in matters of law and state imparts to his presence a unique significance for us.”

Justice Chandrachud also said that privacy, in this digital age, is facing a crucial challenge from hackers, private firms and government.

Citing the role of judiciary in this scenario, he stressed that it is tasked to balance the right to privacy with other rights, and then supplement existing legislative frameworks. He also cited the critical issues connected with the possibility of serious data breach, which involves the misuse of personal information.

“Vast silos of data may be used to profile people and to discriminate against vulnerable groups… there is a chilling effect on free speech and disclosure of information,” he said.

He emphasised that this imposes a new challenge on the judiciary as, in an age where technology governs many aspects of our lives, is privacy an illusion.

“The digital world has been ushered in at a pace which the incremental change of judicial decisions can scarcely match. Our Constitution protects the right to personal freedom, human dignity and liberty.

“This has the potential to seriously threaten the rights of individuals to keep their personal and sensitive information private and to control how their information is used,” he said.

Justice Chandrachud also spoke on the significance of artificial intelligence.

“….How comfortable are we with artificial intelligence telling us whether an offender who seeks bail is likely to be a repeat offender?” he said.

Justice Chandrachud, who is in line to become the Chief Justice in 2022, said that the judges needs to see how to apply the standard of proportionality, created in pre-digital age, in the backdrop of complexities of the digital age.

Explaining the significance of this conference, he said in many jurisdictions worldwide, judges are drawn from Bar or upon a career progression. “Lawyering gives to the individual a steady stream of new information on which new thoughts and ideas can evolve. Crowded court house corridors are a vibrant space for dialogue and social contacts. In contrast, judges lead a staid and some would say an isolated life. The lively bustle of court corridors is replaced almost overnight by the calm and quiet of judicial chambers. Hence experiences such as those gained by such conferences rekindle the joy of being surrounded by ideas, opinion and open the windows of our chambers and our mind to jurisdictions across the world.”