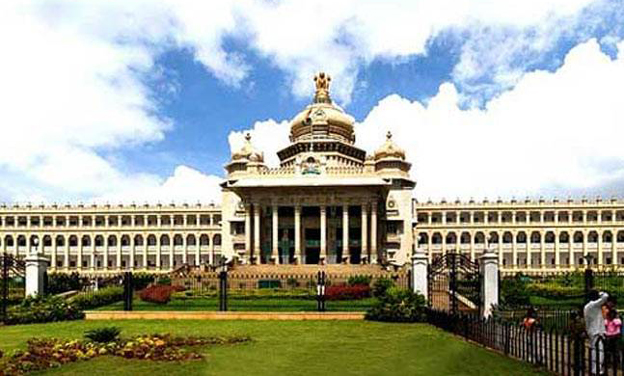 A 10 day Winter Session of the Karnataka Legislative Assembly Session began today and Opposition Bharatiya Janata Party (BJP) members decided to attend and adopt ‘wait and watch’ principle for the next move as the Supreme Court is to take up hearing on Speaker K R Ramesh Kumar’s plea on acceptance of Resignations submitted by 11 disgruntled MLAs of Coalition Partners Congress (8) and Janata Dal (Secular) (3).

Speaking to newsmen before attending the Session, Opposition Leader B S Yeddyurappa, who is also BJP State President, said that “we will wait for the Supreme Court decision and party Chief Whip Kota Poojary has given a whip to all the party Legislators to attend without fail.

Chief Whips of both the Coalition partners have also issued Whips to all the MLAs to attend the first Day’s Session without fail.

The rebel Legislators who have returned to Mumbai after re-submitting their resignation papers yesterday evening to the Speaker as directed by the Supreme Court, may not be attending the Session defying the party whip.