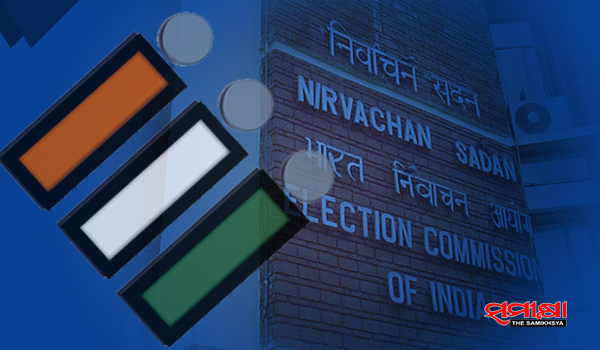 Campaigning has been intensified in the western Uttar Pradesh as stage is set for the first phase of the general election on April 11 in eight Lok Sabha (LS) seats with just one day left for electioneering.

Western UP will pave way for the formation of the next government at the Centre, when 16 seats will go to polls in first two phases on April 11 and 18.

With weather playing hide and seek and hail storm with rains have lashed the western UP in the past 48 hours, the temperature has come down benefiting the politicians in their campaigning.

Prime Minister Narendra Modi sounded the poll bugle here with his first rally in Meerut on March 28 and it was followed by rallies at Amroha and Saharanpur on April 5.

BJP president Amit Shah held two rallies at Nagina and Bijnore besides going for another couple of rallies for the first two phases.

UP Chief Minister Yogi Adityanath, is already criss-crossing the state with holding several rallies on a daily basis along with other senior leaders of the his party. Mr Yogi will hold four election meetings in Muzaffarnagar, Baghpat, Kairana and Bijnore on Monday.

However, the the Samajwadi Party (SP) and the Bahujan Samaj Party (BSP) along with their partners Rashtriya Lok Dal (RLD) organised a joint rally in Deoband in Saharanpur on Sunday in a massive show of unity to launch their campaigning. Akhilesh Yadav’s SP and Mayawati’s BSP, along with the Rashtriya Lok Dal, are contesting the Lok Sabha polls together.
Former UP Chief Minister Mayawati on Monday will campaign in Meerut and Gautam Buddha Nagar, while SP Chief Akhilesh Yadav will address meetings at Ghaziabad and Baghpat.

Congress will also do three rallies on Monday in which party President Rahul Gandhi, general secretary in charge of eastern Uttar Pradesh Priyanka Gandhi Vadra and Jyotriditya Scindia in Shamli, Bijnore and Saharanpur will attend.

Priyanka had already held a roadshow in Ghaziabad while Scindia had addressed couple of meetings in west UP.

The campaigning for the first phase will end on Tuesday evening where polling will be held on April 11 between 0700 hours to 1800 hours.

In the first phase, the eight seats will go to polls -Ghaziabad, Gautam Buddh Nagar, Bagpat, Saharanpur, Meerut, Muzaffarnagar, Bijnor and Kairana. The BJP currently holds all the seats, barring Kairana, which it lost to the SP-BSP-RLD alliance in last year’s by-poll.

In most of the seats there is a direct fight between the grand alliance (BSP-SP and RLD) and the BJP, but presence of Congress in some seats it has made the contest triangular, giving some ‘benefit’ to the BJP.

Of these candidates, 17 have heinous crime against them while 39 are crorepatis, including BSP candidate Mulak Nagar, contesting from Bijnore, who has declared asset of Rs 249 crores. In this phase, there are three union ministers-Dr Mahesh Sharma( G B Nagar), General (Rtd ) V K Singh ( Ghaziabad) and Satpal Singh( Baghpat)- in the fray.

The highest numbers of 13 candidates are in the fray from Gautam Buddha Nagar seat, Kairana , Baghpat and Bijnore, 12 in Ghaziabad, 11 in Meerut and Saharanpur and 10 in Muzaffarnagar.