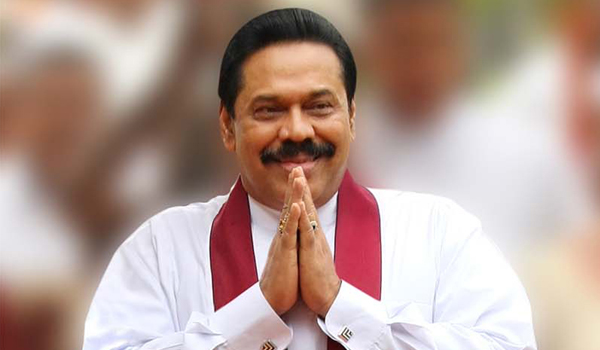 Colombo, Nov 21 (UNI) Mahinda Rajapaksa will be sworn in as new Prime Minister of Sri Lanka on Thursday. The way for his accession was paved after Prime Minister Ranil Wickremsinghe announced to resign from his post to pave way for a caretaker government following the last Saturday’s presidential election that saw opposition candidate Gaotabaya Rajapaksa soundly beating his party nominee Sajith Premadasa.

The swearing-in will take place in the afternoon after Mr Wickremsinghe formally tenders his resignation. Mr Rajapaksa had served as two-term President during 2005 to 2015 and is the elder brother of current President Gotabaya Rajapksa.

He was barred from contesting Presidential elections because of two-term limit and will be staging a political comeback as Prime minister.

A caretaker cabinet of 15 ministers is also expected to be sworn in which will carry routine work till parliamentary elections are held early next year.

The current parliament was elected in August 2015 for a five-year term and cannot be dissolved until March, six months before its term ends. However, legislators through a majority resolution could ask for a snap poll.