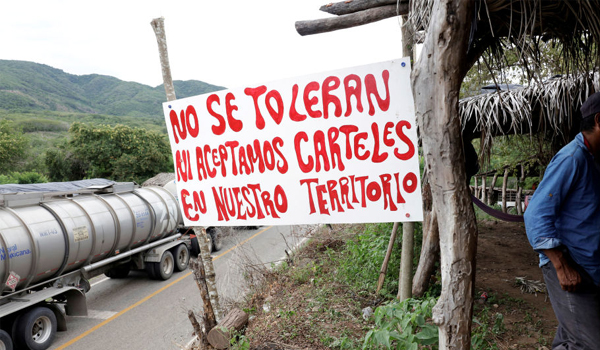 Moscow, Nov 27 (Sputnik) The Mexican government is proposing to hold a high-level meeting with the administration of US President Donald Trump, who has said that Mexican drug cartels should be designated as terrorist organizations.

“By virtue of the good relations that exist between the two countries, the Government of Mexico will seek to have a high-level meeting as soon as possible to present Mexico’s position and learn the views of the US authorities [on the drug cartel issue],” Mexico’s Foreign Ministry said in a Tuesday night statement.

Earlier on Tuesday, Trump told former Fox News host Bill O’Reilly in an interview “I don’t want to say what I’m going to do, but they [Mexican drug cartels] will be designated [as terrorist organizations].”

Trump told O-Reilly on Tuesday that he had offered Mexican President Andres Manuel Lopez Obrador “to let us go in and clean it out” but the Mexican leader rejected the offer. “… at some point something has to be done,” Trump said, explaining that he had been trying to formally designate Mexican cartels as terrorist organizations “for the last 90 days.”

The Mexican Foreign Ministry said on Tuesday that it was working to promote a roadmap that would allow to reduce the flow of weapons and money to organized crime across the border with the United States.

Trump offered Mexico the help of the United States in launching a war against drug cartels earlier this month, following the killing of nine American Mormons in northern Mexico.