Modi bats for Nitish for 2020, sets speculations at rest over discord with NDA 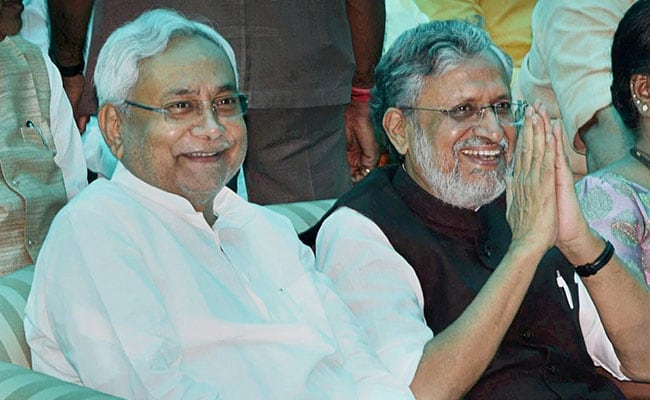 Bihar Deputy Chief Minister Sushil Kumar Modi today sought to set at rest all speculations over CM candidate of NDA in 2020 state assembly elections by his tweet stating that Chief Minister Nitish Kumar would be the face of NDA in next electoral battle and there is no question of any change.  Modi, hours after his return from abroad, tweeted, “Nitish Kumar is the captain of NDA in Bihar and will remain its captain in next assembly elections in 2020 also. When captain is hitting 4 and 6 defeating rivals by inning where is the question of any change”.

By his tweet, he sought to set at rest all speculations over the face of NDA in next assembly elections in Bihar as the issue was in thick of debate after statement of BJP MLC Sanjay Paswan making suggestion to Chief Minister  Kumar to switch over to national politics paving way for a BJP leader to become CM of the state in next assembly elections. The tweet of Modi is not surprising as he had also declared in Assembly during its Monsoon session that Mr Kumar would be CM candidate of NDA. The good tuning of  Modi with   Kumar is well known as he had once declared him, the leader of PM material.

As it is, BJP MLC Mr Paswan had sparked controversy two days back by making statement that after remaining CM for long 15 years, the time had come for  Kumar to step down from the post and switch over to national politics paving way for BJP leader to become CM in 2020 Bihar assembly elections. National General Secretary of JD(U) K C Tyagi had taken strong exception to the statement of  Paswan and advised BJP leaders to avoid making such statements.(UNI)