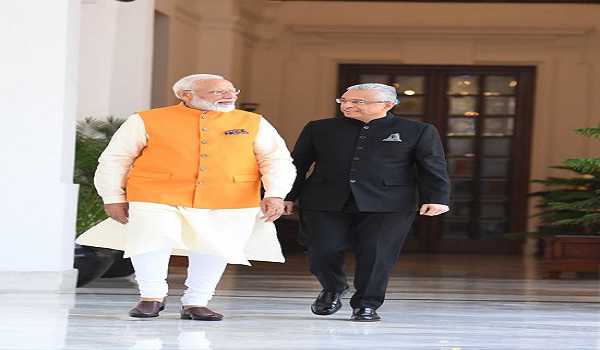 He acknowledged their working together to strengthen fraternal relations and development partnership between the two countries.

‘We have worked closely together to strengthen fraternal relations and development partnership between India and Mauritius. I look forward to speaking with you soon and to continuing our engagement,’ he said in his missive.

Winning more than half of the parliamentary seats, Mr Jugnauth secured an incumbent five-year term as per the interim election result.

India is Mauritius’s largest trading partner and has been the largest exporter of goods and services to the Indian Ocean island nation since 2007.