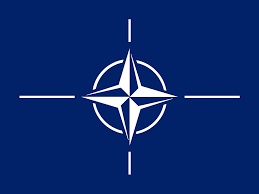 “[Russian] President [Vladimir] Putin has called on the leaders of NATO member states and the countries of the Asia-Pacific region, in personal addresses, to join the moratorium on deploying ground-based intermediate-range and shorter-range missiles. There has not been any clear answer from NATO. Moreover, it has been indicated that NATO will not go for it,” Lavrov said at the Moscow Nonproliferation Conference.

The minister stressed that Russia’s decision to develop weapons previously banned by the collapsed deal was only a reciprocal measure amid Washington’s steps.
The INF treaty, signed by the US and the Soviet Union in 1987, was terminated on August 2 at Washington’s initiative after the country formally suspended its INF obligations six months earlier. Both countries had repeatedly accused each other of violating the deal, which banned any ground-launched ballistic and cruise missiles with ranges of 500 to 5,500 kilometers (310 to 3,417 miles).