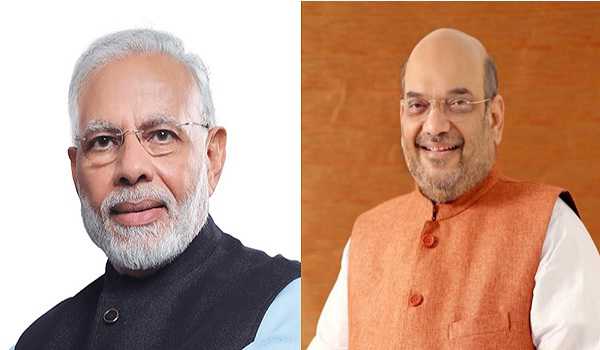 Prime Minister Narendra Modi on Saturday congratulated Mr Devendra Fadnavis and NCP leader Ajit Pawar on taking oath as the Chief Minister and Deputy Chief Minister of Maharashtra respectively and expressed confidence that they will work diligently for the bright future of the state.

‘Congratulations to Devendra Fadnavis Ji and Ajit Pawar Ji on taking oath as the CM and Deputy CM of Maharashtra respectively. I am confident they will work diligently for the bright future of Maharashtra,’ Mr Modi said in his tweet.

BJP president Amit Shah also expressed confidence that this government will remain committed to the development and welfare of Maharashtra.

Heartiest congratulations on swearing in as the Deputy Chief Minister of the state.

‘I am confident that this government will remain committed to the development and welfare of Maharashtra and will set new standards of progress in the state,’ he said in his missive.

In a dramatic turn of events, BJP’s Devendra Fadnavis took oath as the 19th Chief Minister of Maharashtra for a second term this morning while National Conference Party’s Ajit Pawar was sworn in as his deputy.

The oath was administered by Maharashtra Governor Bhagat Singh Koshyari at Raj Bhawan.

The unexpected move comes a day after NCP President Sharad Pawar indicated that a consensus has been evolved on Shiv Sena President Uddhav Thackeray for the post of chief minister.