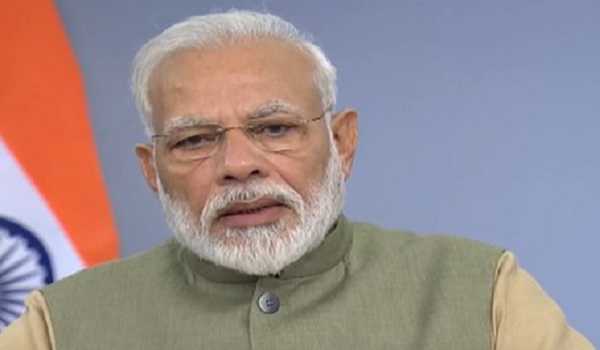 New Delhi, Nov 5 (UNI) Prime Minister Narendra Modi on Tuesday chaired a meeting to discuss the situation arising due to pollution in various part of Northern India. During the meeting with officials, the PM also  reviewed the situation arising due to cyclone conditions in parts of western India. The meeting comes amid an increasing concern on sharp rise in levels of air pollution in Delhi over the past few days.

In fact, the principal secretary to the Prime Minister, Dr PK Mishra, in a meeting here on Monday sought details from the Chief Secretaries of Punjab, Haryana and Delhi on additional measures taken to check fresh cases of fire and stubble burning during the past 24 hours. The Chief Secretary of Punjab stated that he was personally monitoring the situation with the Deputy Commissioners of various districts where hotspots have been identified, a statement from Prime Minister’s Office said.

Haryana Chief Secretary stated that the Chief Minister has directed all concerned to reduce the cases of stubble burning in the state at the earliest. The CS mentioned that the teams were in the field round the clock to control the cases of air pollution.

The Chief Secretary of Delhi stated that water sprinkling has been intensified, and identified hotspots and corridors were being focused upon to improve the situation. Open dumping of garbage in the city has been stopped and maximum fine is being imposed and collected from the violators of these norms.