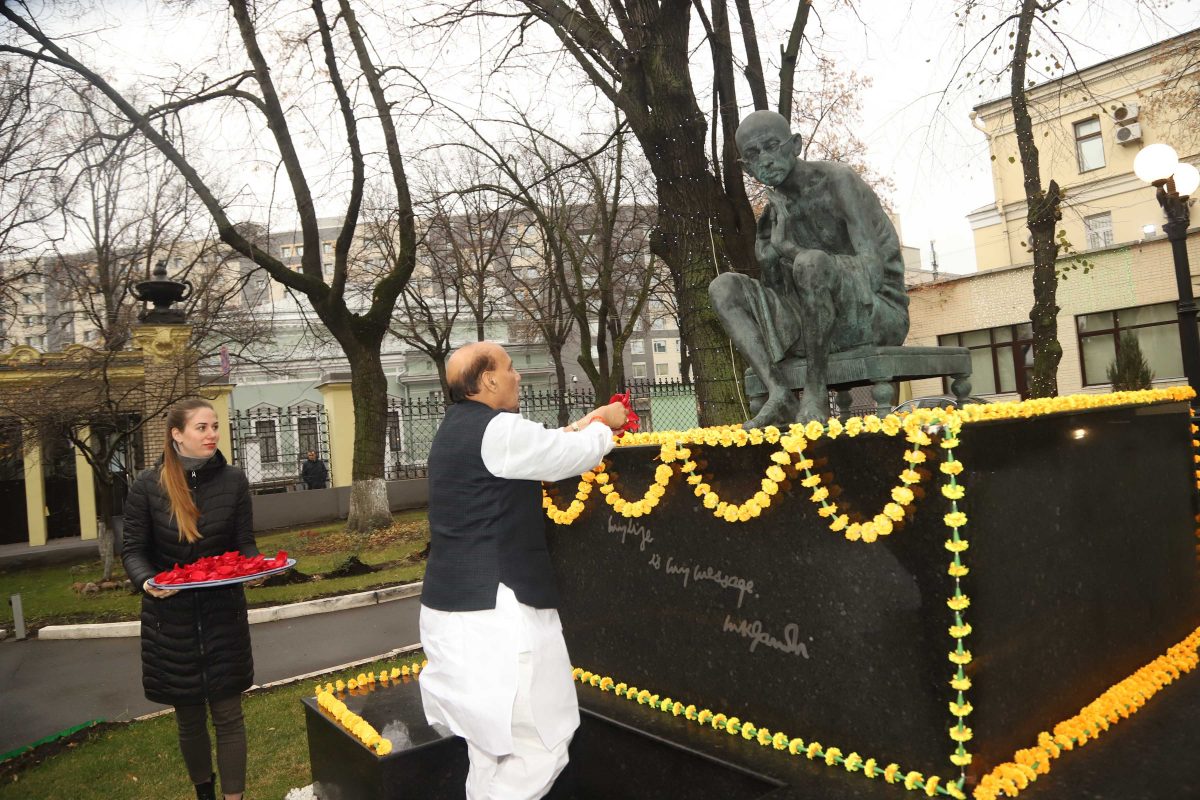 Moscow, Nov 5 (UNI) Defence Minister Rajnath Singh on Tuesday paid floral tributes to Father of the Nation Mahatma Gandhi at the premises of Embassy of India here in Russia.After landing in Moscow on an official visit to Russia from November 5-7, Mr Singh began his engagements by visiting the Embassy of India where he paid homage to Gandhi Ji by garlanding his statue.

“As the world celebrates his ‘150th Jayanti Varsh’, let us rededicate ourselves to bring peace & sustainable development on earth by taking inspiration from Gandhian thought & his principles of life,” the minister tweeted after paying rich tributes to the Father of the Nation.

During his visit, Mr Singh is also scheduled to visit St Petersburg where he will place wreath at the Piskarevsky Memorial Cemetery honouring the soldiers and civilians who lost their lives during the Second World War. He may visit Russian defence production facilities in and around St Petersburg.