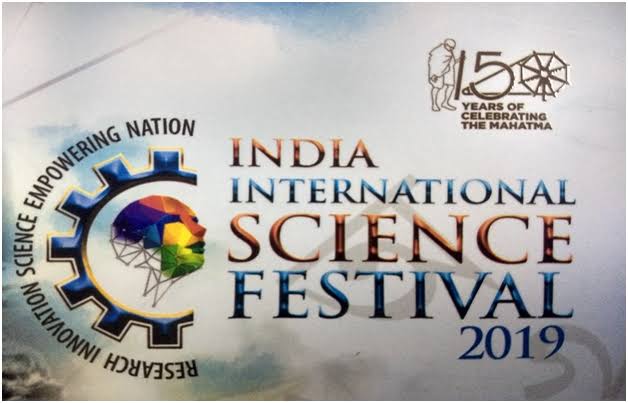 Kolkata, Nov 4 (UNI) Prime Minister Narendra Modi will inaugurate the 5th India International Science Festival by addressing the audience at Biswa Bangla Convention Centre in the city through video conference at 4 pm on Tuesday. The four-day science festival is being organized in the city from November 5-8 with prime objective is to instill scientific temper among the masses, showcase India’s contribution in the field of S&T over the years and encourage translation of its benefits to people.  It aims to build a strategy for inclusive advancement of Science and Technology.

The Minister for Science and Technology, Earth Sciences and Health and Family Welfare along with several other cabinet ministers and state ministers, dignitaries, scientists, academicians and government officials will be part of the 4-day celebration of science. India International Science Festival (IISF) 2019, an annual event organised jointly by science and technology related Ministries and Departments of the Government of India and Vijnana Bharati (Vibha), is being held in Kolkata this year.

The IISF 2019 is a festival to celebrate the achievements of India’s scientific and technological advancements with students, innovators, craftsmen, farmers, scientists and technocrats from India and abroad. Thus, the theme for this year’s festival is RISEN India ? Research, Innovation, and Science Empowering the Nation. IISF is perhaps the biggest platform in the country to bring together students, researchers, innovators, artists, and the general public to celebrate India’s achievements in science and technology.

The festival is expected to host a gathering of about 12,000 participants from India and abroad. Biswa Bangla Convention Centre and Science City in Kolkata would be the prime sites for the events. Satyajit Ray Film & Television Institute, Bose Institute and Indian Institute of Chemical Biology would be sites for a few other events during the festival. The festival will host more than 28 different events during this period. Besides detailed information which is being made available on www.scienceindiafest.org here is a snapshot of some significant events.

For school students, a Students Science Village has been planned at IISF 2019 where more than 2500 school students from all over the nation have been invited. Under the Pradhan Mantri Saansad Adarsh Gram Yojana, every Member of Parliament has been asked to nominate five students each along with their teacher from their constituency for the village. In six different houses named after our scientists, these students would be engaged in several science-fun activities and interact with scientists and technocrats.