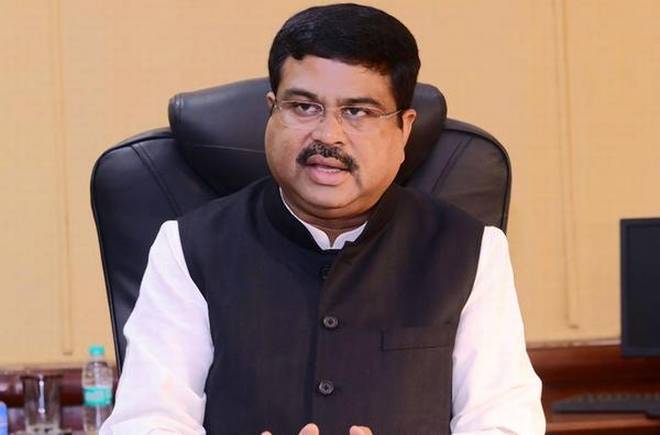 New Delhi, Nov 21 (UNI) Minister of Petroleum and Natural Gas & Steel Dharmendra Pradhan on Thursday asked the Steel industry in the country to work towards the mission of Green Steel.

In his inaugural address in the ISA Steel Conclave 2019 organised by Indian Steel Association here, he said “As a responsible nation, we are contributing towards mitigating climate change. We have set an ambitious plan of achieving 450GW capacity of renewable energy. I appeal to the industry to work towards achieving the mission of “Green Steel”.

The minister said that the Petroleum and Natural Gas Ministry has launched Pradhan Mantri Urja Ganga project in the Eastern India, which can provide gas to all the Steel plants, located in the area. Being an environment-friendly and affordable fuel, the Steel industry should move towards it, replacing coal.

Emphasising the vital role of steel in building a modern economy, the Minister said, “World is in midst of industrial revolution 4.0. Big data, digitisation, artificial intelligence are fundamentally changing the economy and society. Even in wake of such large-scale disruptions, steel continues to play an important role in building modern economy.”

Speaking about India’s economic transition, he said, “Our Government under the leadership of Prime Minister Narendra Modi is decisive, reformist and visionary. Working with India’s entrepreneurial spirit with an Ispati Irada, we are on our way to realise Hon. PM Narendra Modi ji’s vision of a $5 trillion economy.”

He expressed the confidence that the country will achieve the target by 2024.

Pradhan said that the industry should realize its potential and strength, and harness it in a big way. On steel consumption in the country,  Pradhan said “Steel usage in India is set to rise. We have launched a collaborative campaign “Ispati Irada” for brand building to increase appropriate usage of steel in the country. Welfare missions of the Government will further give impetus to steel usage in the country.”

He said that there is proposal to invest Rs 100 lakh crore in infrastructure, which will involve lot of steel consumption.

He said that Indian economy is consumption-driven, and as the economy size increase, the steel consumption is going to get big impetus.