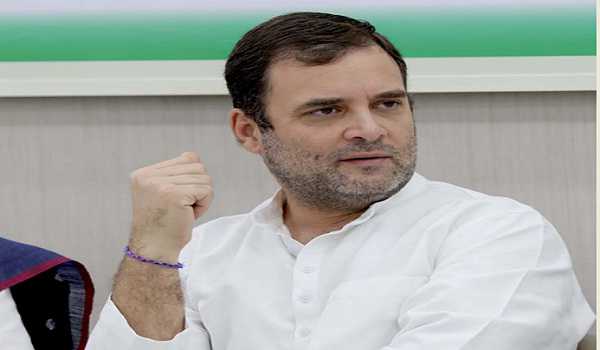 Congress leader Rahul Gandhi on Monday condoled the death of people in Bihar who lost their lives to the floods in the state.

Expressing his grief and condolences to the kin of the deceased , the Congress MP appealed to the party workers to immediately join the relief and rescue work in the affected areas.

Mr Gandhi said that the situation has become uncontrollable and there are reports of death of many people.

‘The situation has become uncontrollable and there are reports of death of many people.

I express my condolences to the families of the people who lost their lives and appeal to the Congress workers to immediately join the relief and rescue work of the affected people,’ Mr Gandhi said in a tweet on Monday.

Many people have lost their lives in the past couple of days especially in the state of Bihar and Uttar Pradesh where several parts have received unprecedented rain which is above the average rainfall in the week.

Due to the heavy rains in the past three days several parts of the Bihar capital Patna have been hit by floods disrupting the normal life affecting transport services including the rail and road traffic.

Meanwhile , heavy rain have also been reported in Jammu and Kashmir, Uttarakhand, Rajasthan and Madhya Pradesh.