‘Rahul Gandhi visiting Goa’s CM is what Congress’ politics of compassion & inclusiveness is all about’: Girish Chodankar 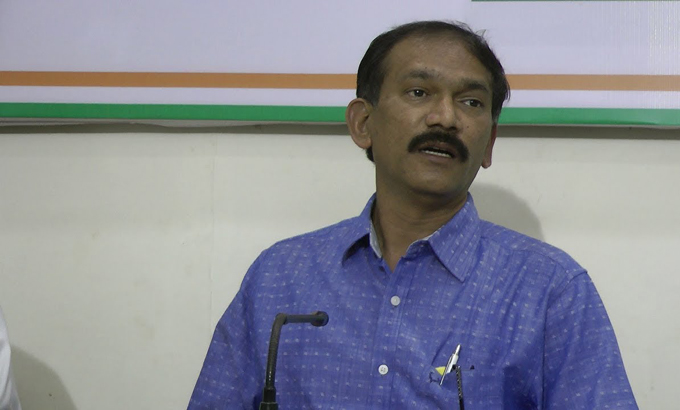 Goa Pradesh Congress Committee (GPCC) President Girish Chodankar has said that Congress President Rahul Gandhi’s gesture of visiting the ailing Goa Chief Minister was in keeping with his politics of dealing with all with love, compassion and no ill-will even to the political adversaries.

In a statement, he said,’It is not just a courtesy call but one of care and concern and mirrors our party’s ideology of believing in politics of compassionate behaviour with humanity and society at heart. He extended a hand of care and compassion and called on Parrikar to share his concern and wish speedy recovery.’

‘Congress party has always been in a politics that believes in humane values and has social welfare at the heart. We never believe in politics of vindictiveness and vengeance which is reflected through the visit of our National President,’ he said.

‘Our President had even hugged Prime Minister Narendra Modi ji in the Parliament passing on the message that Congress knows to spread love even to the arch political rivals. That is why despite being on a private visit, our National President managed to take off time to meet him,’ he said.

Mr Gandhi had paid a surprise visit to the Goa Legislative Assembly complex on Tuesday. During his short visit, he met his MLAs and called on Goa Chief Minister Manohar Parrikar and inquired about his health.(UNI)