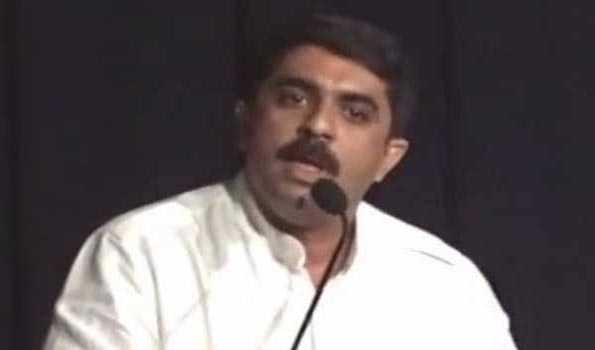 Goa Town and Country Planning (TCP) Minister Vijay Sardesai on Tuesday said that Congress President Rahul Gandhi had tweeted about the Rafale audio clip because he wanted to keep the issue alive.

Speaking to reporters at the Assembly complex at Porvorim near the city, he said, “For us, we want the issue to be over. He (Mr Gandhi) wants the issue to be alive. He is doing what he has to do.’

“The tweet was from Goa. So he remembered about it and he has to keep up the pressure. He is doing his job, we have to do our job. He has to ensure that the issue is not forgotten,” Mr Sardesai, who is also President of Goa Forward Party (GFP), a coalition partner of Bharatiya Janata Party (BJP) in the state, said.

Mr Gandhi on Monday had claimed that the audio tapes related to Rafale deal were authentic and it gave Goa Chief Minister Manohar Parrikar power over Prime Minister Narendra Modi.

In a tweet, Mr Gandhi also said that 30 days had passed but still no FIR was ordered nor was action taken against the minister.

’30 days since the Goa Audio Tapes on RAFALE were released. No FIR or inquiry ordered. No action against the Minister either! It’s obvious that the tapes are authentic & that Goa CM, Parrikar, is in possession of explosive RAFALE secrets, that give him power over the PM,’ he said.

In the beginning of the month, an audio clip had emerged which allegedly had voice of Goa Health Minister Vishwajit Rane and another person in which Mr Rane claimed that during a cabinet meeting Chief Minister Manohar Parrikar had admitted of having files related to Rafale deal in his possession.

Immediately, Mr Rane claimed that the audio clip was ‘doctored’ and demanded thorough inquiry. He had said that he had written to the chief minister demanding an inquiry.

The Chief Minister also had tweeted that no such topic was discussed in the cabinet meeting. However, no police inquiry has been ordered yet in the alleged doctoring of the audio clip and its release.(UNI)