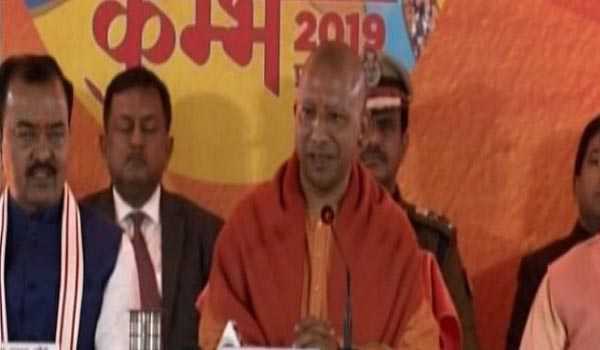 Adopting the old Mayawati project of 2007, the Yogi Adityanath government in Uttar Pradesh has decided to construct the world’s longest Ganga expressway from Meerut to Prayagraj.

The government also approved the much publicised Bundelkhand expressway and the Gorakhpur Link expressway to connect with the Poorvanchal expressway.

The decisions were taken at the Cabinet meeting here on Tuesday in the Kumbh tent city. The cabinet meeting, being held for the first time out of the state capital, took place after the state ministers, around 30 in number, worshiped at the Sangam and paid obeisance to the century-old Akshay Vat and Saraswati kup.

Chief Minister Yogi Adiyanath, who himself briefed the media about the cabinet decision, said that on principle the cabinet decided to approve the 600 kilometers long Ganga Expressway starting from Meerut-Amroha-Bulandshahr-Budaun-Shahjahanpur-Kannauj-Unnao-Raebareli-Pratapgarh and to end in Prayagraj would be a 4 lane assess control greenfield expressway which can be expanded to 6-lane.

He said that the proposed Ganga Expressway would be building on 6556 hectares of land and the total expenditure on it would be around Rs 36,000 crore.

The High court stayed the construction as there were no environmental clearance of the project.

Meanwhile, the Cabinet also approved the much awaited Bundelkhand expressway. The expressway to connect the backward Bundelkhand region would be of 296 kms, for which 3,641 hectares of land would be required at the total cost of the project would be around Rs 8,800 crore.

Bundelkhand expressway route will be start from where it will join Agra Lucknow Expressway near Etawah and, thereafter, it will pass through Auraiya – Jalaun – Orai – Rath – Banda districts and to end at Chitrakoot.

With this decision, the foundation stone for the Bundelkhand expressway and Gorakhpur link expressway would be done soon with start of the land acquisition.