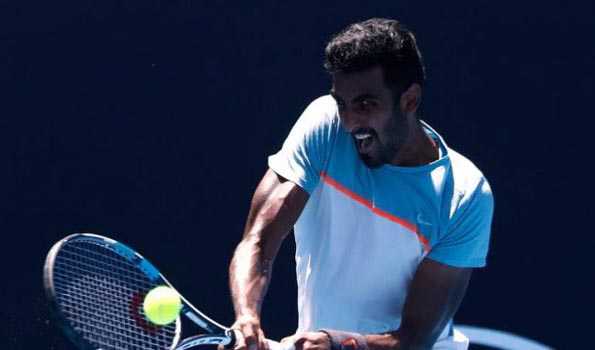 Ramkumar Ramanathan of India and Michail Elgin of Russia have been drawn to meet Goncalo Oliveira of Portugal and Fajing Sun of China in the doubles first round match in the $ 135,400 Shenzhen Longhua ATP Challenger (China).

Third seeds Jeevan Nedunchezhiyan of India, pairing with Adil Shamasdin of Canada will cross swords with Chinese duo of Jie Cui and Hao Wu in another doubles first round fixture.

Toshihide Matsui who face Teymuraz Gabashvili of Russia and Malek Jaziri of Tunisia in the doubles first round outing.

Ramkumar Ramanathan, seeded 10th, got a first-round bye and his opponent in the singles second round is Tung-Lin Wu of Taipei.