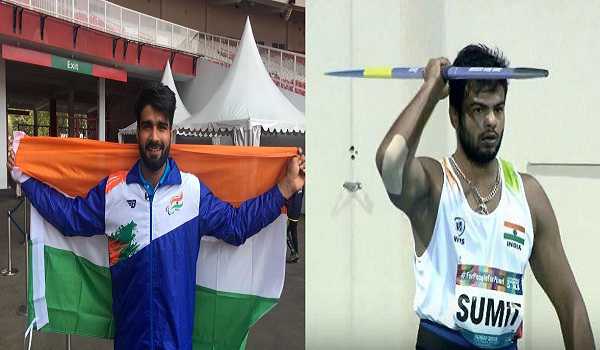 Dubai, Nov 9 (UNI) Indian javelin throwers Sandeep Chaudhary and Sumit Antil has secured the quota for the Tokyo 2020 Paralympics, after finishing at the top two spots in the men’s Javelin F64 finals at the ongoing Dubai 2019 World Para Athletics Championships.

Sandeep Chaudhary broke the world record and won gold at the World Para Athletics Championship in Doha and also bettered his own world record of 65.80m in F44 category on Friday.

While Sumit Antil clinched the silver medal with a 62.88-metre throw and also bettered his own F64 world record.

Notably, both the javelin throwers had earlier set the world records in their own categories at the Grosseto Para Athletics Grand Prix in June.

The F44 and F64 were clubbed into one combined event in this World Championships. The world records are, however, counted according to the classification of the athletes.

India has sent a 23-member team to the Dubai 2019 World Para Athletics Championships, where Tokyo 2020 Paralympics qualification slots are up for grabs.