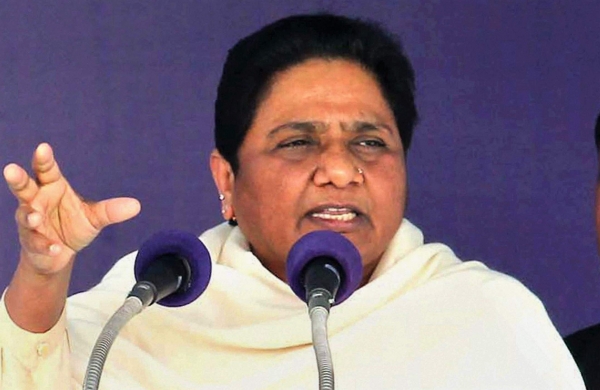 Lucknow, Nov 21 (UNI) Praising the Banaras Hindu University (BHU) administration for appointing a minority community individual for the post of a Sanskrit teacher, Bahujan Samaj Party (BSP) supremo Mayawati on Thursday said due to the lackadaisical attitude of the government, the matter was being unnecessarily politicised which should be immediately stopped.

Taking to micro-blogging site Twitter,  Mayawati posted, “The lax attitude of the government/administration, on the controversy surrounding the appointment of PhD scholar Firoze Khan as a Sanskrit teacher at BHU’s Sanskrit Vidya Dharam Vigyan (SVDV), is the reason why the matter is getting unnecessary hype.”

She added, “This controversy, arising because of some people linking education with the politics of religion/caste, cannot be justified at all.”

The BSP honcho said, “The appointment of a highly-qualified Muslim Sanskrit scholar by BHU as a teacher would be considered giving fair patronage to talent and no one should be allowed to do any work that would lower the morale in this regard. It would be better if the government pays proper attention to it immediately.”

Notably, a group of students is protesting against the appointment of a ‘Muslim teacher,’  Firoze Khan, who had been appointed as an Assistant Professor for Sanskrit.  Khan is a doctorate in Sanskrit.

On the other hand, the BHU has issued a statement that the Selection Committee, headed by the Vice Chancellor of the University, had appointed Dr Firoze Khan.

Apart from the subject experts, visitor nominee, head of the faculty, head of the department and OBC supervisor were among the members of the Selection Committee.