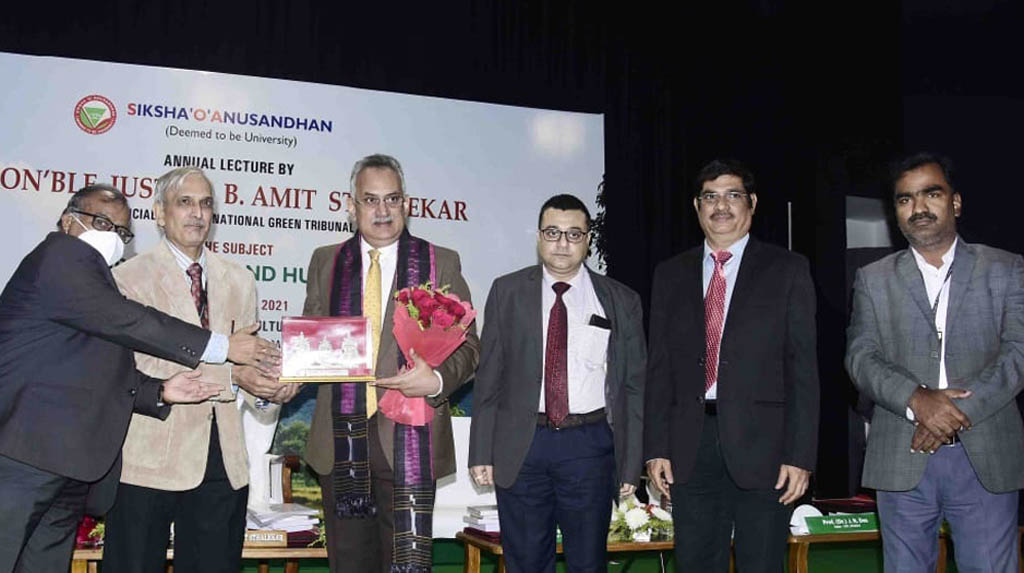 Bhubaneswar: Awareness about environment and the dire need to ensure its protection for the survival of humanity should be the major thrust of education in schools as children must know the situation at an early age, Justice B.

Amit Sthalekar, Judicial Member, National Green Tribunal said on Saturday. “The need of the hour is not modernity and development but ensuring the protection of environment which was of greatest importance today,” Mr. Justice Sthalekar said while delivering the Annual Lecture at Siksha ‘O’ Anusandhan (SOA) Deemed to be University here.

“Environment has been a gift to mankind and man did not create anything. Generations have survived because of the healthy environment. But things have changed today because we have tried to play God,” he said.

Technology-driven gadgets, Justice Sthalekar said, were taken to be sign of development and progress as the use of air-coolers, air-conditioners and refrigerators increased manifold. But emission of Chlorofluorocarbon (CFC) from such appliances had turned out to be the major cause of depletion of the ozone layer above Antarctica creating serious environmental hazard.

India had, however, agreed to completely phase out CFCs by 2047 at the 2021 United Nations Climate Change Conference, commonly referred to as COP26, at Glasgow recently, he said.

Stating that the development of technology after World War II had been mind boggling, Justice Sthalekar said electronic gadgets were getting obsolete in no time even as apprehensions were being expressed about electro-magnetic radiation.

“Though the present generation might not be affected, we don’t know what will happen to the next generation,” he said. Chronicling the series of world level conference held to discuss emission of greenhouse gases, deterioration in environment, climate change, ground water depletion leading to desertification and loss of forest, Justice Sthalekar said the generation of solid waste in India posed a serious problem.

India generated 52.9 million tonnes of solid waste in 2019 of which about 46 per cent could be processed. Of this, plastic waste accounted for 5.6 million tonnes, he said. Addressing the program, Prof. Mahapatra said humankind had created a situation conducive for destruction of the environment.

“Pollution is a leading cause of death as life expectancy is going down but we are either unable to understand or we are arrogant not to heed the signs,” he said.

Justice Sthalekar, who planted two saplings in the campus of Institute of Business and Computer Studies (IBCS) and Institute of Agricultural Sciences (IAS), SOA’s faculties of management sciences and agricultural sciences, also released several books on agriculture on the occasion.