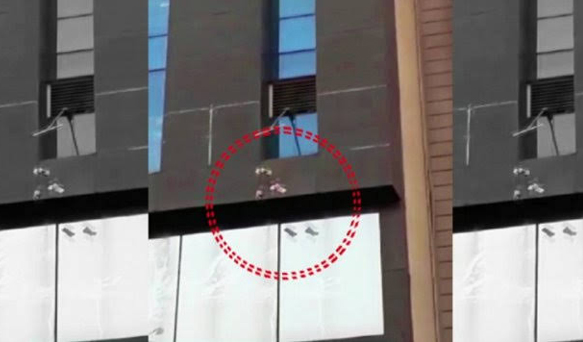 New Delhi/Kolkata, Nov 21 (UNI) In a movie-like scene, money rained on a Kolkata Street on Wednesday triggering a stampede like situation for currency notes that were thrown from a high rise in the middle of a raid by the Directorate of Revenue Intelligence.

Reports reaching the National Capital said, bundles of currency notes in denominations of Rs 2,000/, Rs 500/- and Rs 100/- were seen being pushed of a window on the sixth floor of the high rise in central Kolkata with the help of a broom.

Many people stuffed their pockets with as many notes as they could lay their hands on.
The sceptical ones among the crowd seemed to believe recording the sight on their mobile phones was a more valuable proposition than running after supposedly counterfeit currency.

Their is no official statement so far from DRI or police on the authenticity of the notes.
But police sources did confirmed that Rs 3.74 lakh had been ‘recovered’, excluding the cash that menu of the bystanders pocketed.

According to DRI sources, its officials had gone to the office of a private company engaged in export-import activities on that floor of the high rise to conduct search operation for alleged evasion of duty.
Police sources informed that investigations into the entire episode are on.