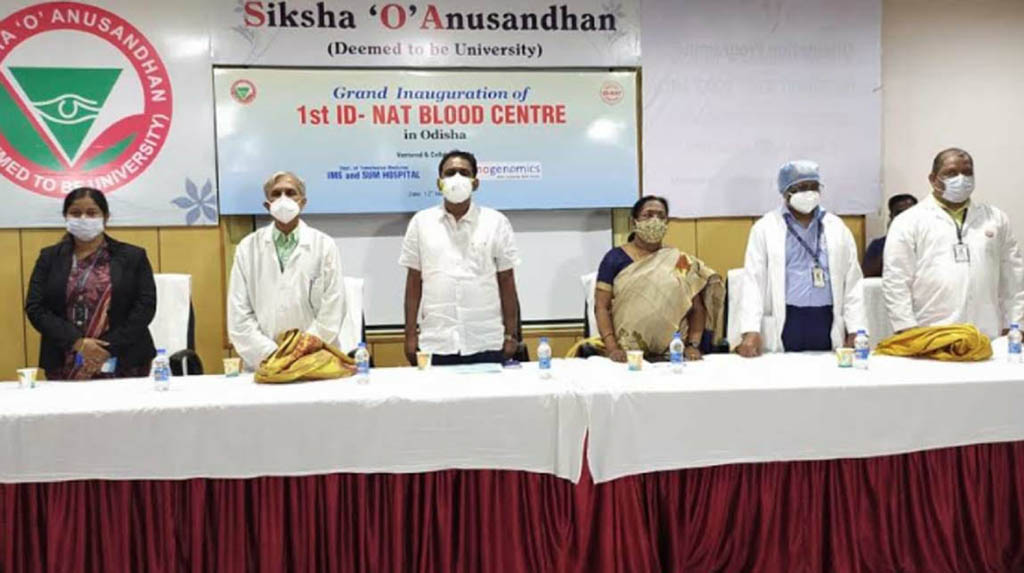 Bhubaneswar: The Post-Graduate Department of Transfusion Medicine at the Institute of Medical Sciences and SUM Hospital here became the first medical institution in Odisha to introduce the most advanced ID-NAT Blood Screening System to ensure the safest possible blood transfusion.

The Individual Donor-Nucleic Acid Testing (ID-NAT) machine in the hospital was inaugurated on Friday by Odisha’s minister for health and family welfare, Mr. Naba Kishore Das who described it as a highly sensitive method of blood screening which would ensure safety for the recipients of blood.

“A new thing has happened by IMS and SUM Hospital acquiring this facility which means it is following the best practices. I am thankful to the hospital,” he said at a function held after the inauguration.

Dr. Urmila Mishra, Director, State Blood Transfusion Council, who also addressed the program, said five mandatory blood tests were done by Blood Banks for HIV, Hepatitis-B, Hepatitis-C, Malaria and VDRL. “It is difficult to screen the virus in the absence of advanced systems as our focus is on blood safety,” she said.

The meeting was addressed by Prof. Ashok Kumar Mahapatra, ViceChancellor of Siksha ‘O’ Anusandhan, who said that the newly installed machine had tremendous potential and would benefit a large number of patients. But efforts have to be made for optimal utilisation of the facility, he said.

ID-NAT can detect even the lowest traces of viruses like HIV, Hepatitis-B and Hepatitis-C if present in the blood, Mr. Sangeeth Gopala Kini, Vice-President of Hemogenomics Pvt. Ltd., supplier of the machine, said.