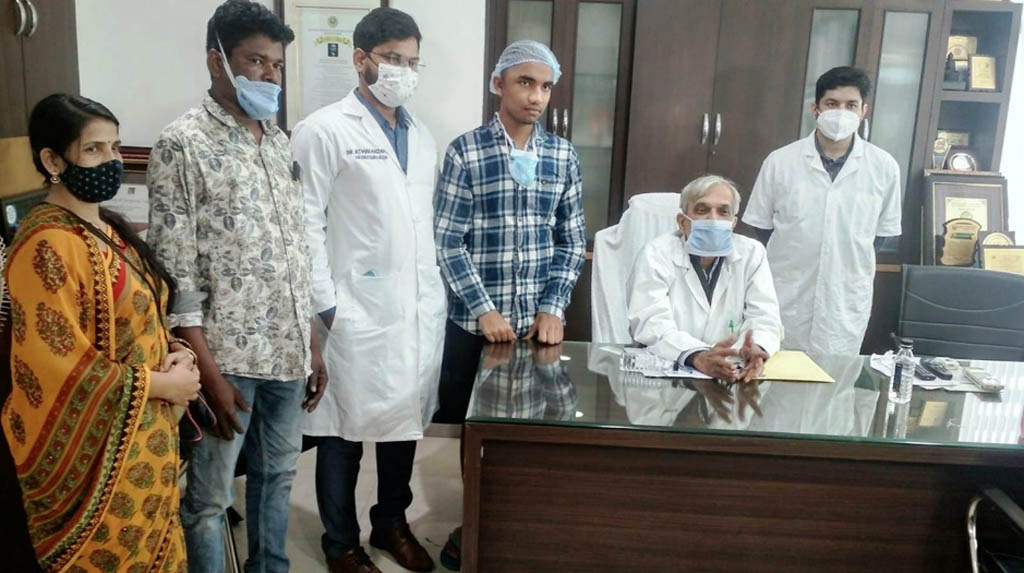 Bhubaneswar: In yet another surgical feat, neurosurgeons at the Institute of Medical Sciences and SUM Hospital successfully operated a rare and complicated case of giant aneurysm in a 18-year-old youth recently.

Less than 30 such cases have been successfully operated in the world till now, neurosurgeon Dr. Atmaranjan Dash, who led the surgical team, said.

The patient, identified as Subhasis Rout, complained of severe headache for about a month and scanning of the brain revealed bleeding inside. Brain angio showed a large blister in the posterior cerebral artery, a condition known as giant PCA aneurysm, Dr. Dash said.

“This is a very rare condition and as per available literature only less than 30 such cases had been reported in the world,” he said adding “if not treated properly, it could lead to death.”

Dr. Dash and his team undertook the 8-hour-long surgery and the patient was able to walk the next day. After a week, he was able to talk normally and was discharged from the hospital.

The neurosurgery team led by Dr. Dash had successfully performed another extremely challenging surgery on a 28-year-old youngman who suffered from the extremely complicated disease of Brainstem Cavernoma and Myoclonic Epilepsy recently.