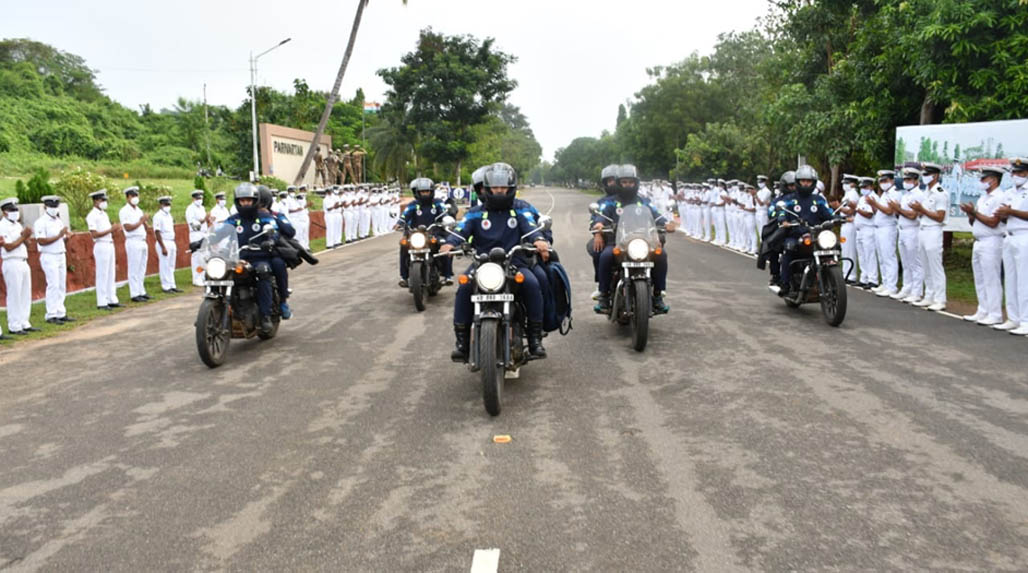 The aim of the expedition is to spread awareness among the local populace enroute about the role of Indian Navy in national security, national prosperity and also to create awareness about its role in naval operations which were decisive in the victory of the 1971 war.

The team will be visiting places to pay homage to martyrs of 1971 war as well as educational institutions including colleges and schools during the two week long expedition. Interactive sessions on career avenues in Indian Navy are also planned to be spread by the expedition team at these locations.

The expedition is being organised by Indian Navy in collaboration with Indian Oil Corporation Ltd and M/s Royal Enfield India Ltd.