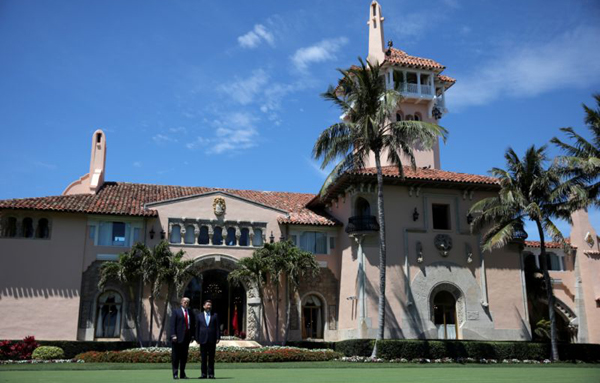 In late September, the US President in paperwork filed with the Palm Beach County clerk and comptroller declared, ‘I am, at the time of making this declaration, a bonafide resident of the State of Florida.’

In a series of tweets on Thursday evening, Trump said, ‘I cherish New York, and the people of New York, and always will, but unfortunately, despite the fact that I pay millions of dollars in city, state and local taxes each year, I have been treated very badly by the political leaders of both the city and state.’

The paperwork lists 1100 South Ocean Blvd. as the president’s new home — Trump’s Mar-a-Lago resort. In the declaration, he referred to Trump Tower, his home since early 1980s, in the past tense: ‘I formerly resided at 721 Fifth Avenue.’

‘Don’t let the door hit you on the way out or whatever,’ Mayor Bill de Blasio quipped.  (UNI)